Most of us are aware of the big names in photography, but what about the jobbing photographer, one who isn't necessarily entering competitions and selling training, but simply working hard at their craft to earn an income. Has the industry become devalued in the digital era - with all camera owners deemed photographers by the general public! Are full-time professional photographers an endangered species? Or can they still be found working diligently in our towns and villages - not only providing their clients with great photographs, but earning a good living too? With this in mind I set out to discover a little more from those at grassroots level, working hard to keep our industry alive, promoting good practice and providing a professional product.

On the outskirts of Bishop's Stortford lies the verdant village of Little Hallingbury - it's here Detheo Photography, run by Maria Michael, is based. Maria creates beautiful portraits (and much more) from a renovated antique barn-studio in the adjoining village of Great Hallingbury, but much of her work is carried out on location. The nearby M11 allows clients from surrounding towns and villages easy access to this rural parish, however, type Bishop's Stortford Photographer into Google and you soon see how ubiquitous Maria's competition is. I'd like to thank this generous lady for her integrity in sharing a candid narrative of her business journey with us. 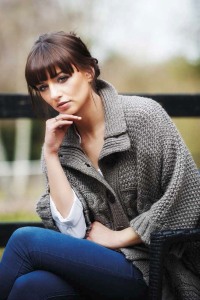 What motivated you to start in the industry?

As much as this will sound like a cliché, it really was fate. From a very young age, I had this overwhelming desire to preserve the memories of things important to me: people in my life, celebrations, events I attended, places I visited, etc. Stored in large plastic containers, are these memories - the hundreds of photographs I've captured throughout my life. Never, however, did I contemplate becoming a photographer. Instead, I followed my heart and embarked on a career in social work, through hard work I quickly became a senior within a Children With Disabilities Team - managing complex child protection cases - most of which involved lengthy court proceedings.

The year 2005 saw the beginning of the end of my social work career; whilst visiting a young person, I was assaulted. Initially, it appeared my injuries were basic, however by 2008 I was forced to retire on medical grounds. I developed a number of conditions, one of which, Fibromyalgia, proves a daily challenge and initially affected my ability to walk and stand. The accompanying attention deficit and its equally disabling memory loss is something I continually work hard to minimise. I choose to be a survivor, not wanting this single event to dominate and dictate my life path - so my initial focus became walking, in an aim to prevent me living my life from a wheel chair. I walked daily and bought a new puppy - a third dog, Harvey, to keep me motivated. Harvey quickly became my best friend, helping me regain some independence; I photographed my new puppy almost daily, documenting his rapid growth into adulthood. I crafted a picture of Harvey into a greetings card for a friend. Another friend saw it and suggested I sell similar cards. So, I did just that, and took a stall at our local primary school fete. A parent saw my cards and asked if I could make them using other people's dog pictures. Something in my head clicked and without a thought I replied, 'yes'. The foundations for Detheo Photography had been laid.