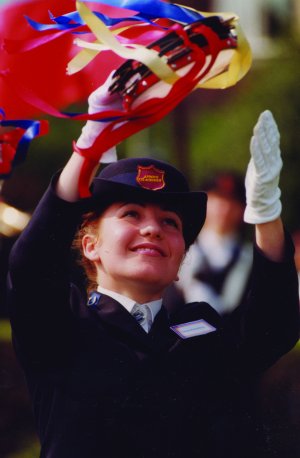 By trade, I am an electrical engineer, having served a five-year apprenticeship during the 1950s. I am also a Christian by conviction and a Salvationist, - three generations of my family belonged to The Salvation Army.

One of these two statements explains very clearly my connection with my job. But why, having been trained in one trade and having worked for 23 years in industry, did I turn my back on it to spend the next 25 years battling with London's traffic? Not an easy question to answer.

I guess I am not the first to leave the safety of a welllearned trade and step out into the unknown world. For me, that unknown world was not so much the art form (as it was known in those days) of photography, for I had learned much of the skill during training weeks and working part-time for a photographic company in Norwich.(A.E.Coe and Son) It was more the steep learning curve of getting to appointments in London and throughout the country when I had only visited London a couple of times before. I had never driven in the metropolis, and place names meant very little to me. I even have to admit I had not played Monopoly before going to London, so such names as Park Lane and Fenchurch Street meant nothing to me! 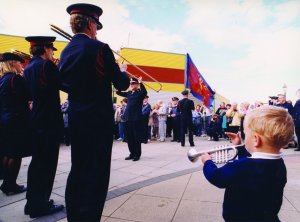 I started work at 101 Queen Victoria Street London on the 4th November 1976. It was a Thursday, and the Editor-in-Chief prayed with me on arrival, wished me well, took me down six floors to the darkroom, gave me the keys, explained that there was about three months work waiting to be done, then said 'Can you go to East Finchley on Saturday? The Leader of the Opposition, Mrs. Margaret Thatcher, is opening the Army's Christmas bazaar there and we would like you to cover it!'

It may be no surprise to you that I arrived three hours early for this appointment - there was no company car in those days. It was train from Southend into Fenchurch Street, underground, and buses. 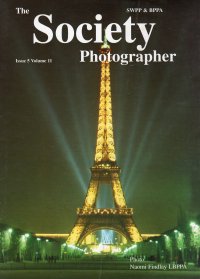