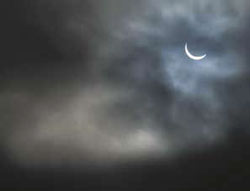 The topic of image longevity cropped up recently following remarks by Photo Marketing Association CEO, Georgia McCabe. The worry over digital storage is gathering pace as people using cloud storage are finding their files going AWOL and so things are not quite as secure as the advertising would have us believe. The mobile phone has replaced the old shoebox as the receptacle for our treasured memories; the only snag is this - whereas there are few reports of shoe boxes being inadvertently flushed down the toilet or taken during a house burglary or a mugging, there is plenty of evidence to suggest that lots of mobile phones get flushed! And that is only part of the story.

Technology is changing fast. McCabe makes the point that the Kodak HQ in the USA used to house 58,000 staff but has recently been dynamited. That means that the people who these Kodak workers once supplied are now storing their family photographs in some other way. That itself is a lot of aunts, uncles and grandparents who are vulnerable to being lost for ever. And don't forget that as well as Kodak we can add Agfa, Konica and Ilford, who once produced many tons of print materials. Digital file storage is problematic because we never know how long a medium will be machine-readable - how many of us can now play a 78 vinyl, a Super Eight film, a SCSSII drive, a Z-drive or a VHS video and certainly not a Betamax? All are examples of obsolete technologies. The only thing that has remained stable in all this is the human eye as a means to reading an image - but it has to be a print!

This topic of print longevity has some resonance at Editor Towers. Our wedding album is a sight to behold. Despite having less than an hour's exposure to daylight in the 40 years since its printing the images are bright red and rapidly fading. Thanks a bunch Agfa, it was good of you to put corporate profit before our memories, you never told us at the time. This whole matter was raised here by John Baikie (see his article later). To that we have added our own two penneth on how to improve the chances of your great-grandchildren being able to see what you looked like. The astute should realise that this is a business opportunity, all we have to do is warn the great unwashed out there that their heritage is being lost and provide them with the solution - long-lasting prints.

And talking of new technology we major on Compact System Cameras this issue, the only sector of our hardware that is not showing a decline in sales. The quality of these small and lighter cameras is improving constantly and they are finding use in professional practice more and more.

We have talked about drones at some length in past issues and also warned about the perils of the legislation that surrounds their use. Two incidents reported on the day this was being typed highlight the status of the drone and its use. In April last year the first person to be prosecuted for dangerously flying a drone was handed down an £800 fine with £3,500 of costs. Another man is due in court on 16 April this year to face 17 charges related to the use of a drone over various football grounds, the Shard, Buckingham Palace and the Palace of Westminster. You have been warned! You are not allowed to fly a drone within 50m of any vessel, building or vehicle without the permission of the Civil Aviation Authority. The same applies to gatherings of more than 1,000 people except that the distance is then 150m. You are not allowed to charge a fee of any description or receive a tangible reward (eg a case of beer) for flying a drone unless you are a CAA qualified pilot - and only then are you likely to receive permission to fly close to things.

The final photographic event just before we closed the magazine out was the solar eclipse of 20 March 2015. For most in the UK it was a bit of a damp squib as cloud obscured the view. We got lucky in sunny New Brighton with a patchy view for the first part of the eclipse, about 30 minutes of reasonable viewing as it peaked but then total cloud cover - others fared more badly.

And finally The Photography Show hit the NEC, occupying the larger Hall 5. We went along on the very busy Monday, nobody seems sure why Monday was more frantic than either Saturday or Sunday. The show is gathering strength which can only be good for sales and photographic education. Our brief report is contained in the following pages, more will follow.