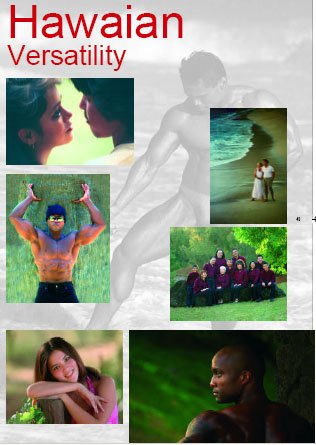 I HAVE BEEN TOLD BY MANY OF MY FRIEND SHOW VERSATILE I am with my photography and the only way I can attribute their analysis of my work is the love I have for all kinds of art. It can be the great painting of the masters, sculpture or even the performing arts such as the Kabuki theatre in Japan, Ballet or the plays and musicals one would see in London & New York. Another art form I enjoy is classical music especially the symphonies of Beethoven, Mozart, Haydn and the grand operas of Verdi Wagner and Puccini. I also have a fondness for films including the cinematic classics such as "Citizen Kane", "Casablanca", "Gone With The Wind" and many others. Most of all, I love photography and I believe it is one of the most noblest forms of art! Due to the appreciation I have for photography, I wanted to make it my life long career. I have always believed one should always be properly trained for your profession and decided to enrol at the Brooks Institute of Photography & Fine Arts in Santa Barbara in late 1960. After completing my studies at Brooks, my studio was established in 1965 in the little town of Waipahu, Hawaii where I was born and raised and the primary source of my business was portrait and wedding photography.

Unlike today when many images are created with professional digital cameras, I started with a large view camera and created images with 8x10, 5x7 and 4x5 sheet films. All of my large weddings and family groups were photographed with 8x10 and 5x7 film but my standard portraits were made with 4x5. When the quality of medium format film improved with tighter grain and sharpness, I started to work with Hassleblads and Mamiya RB-67 cameras. It was not until the later part of the nineties when film emulsion continued to improve with T grain technology, photographing quality portraits in 35mm was now possible. When I work with 35mm film, the camera system I prefer is the Nikon F-100 with f2.8 135mm and 180mm Nikon prime lenses. There were times when shooting in medium format was the proper film choice - when I knew at the time of the session that my clients were interested in purchasing large wall portraits. If the final order is going to consist of standard size prints, the assignment is photographed in 35mm because of the ease in camera handling and better selection of lenses. I seem to recall not too long ago when I had photographed two children together in 35mm and the parents changing their mind and ordered a 30 x 40 print because they loved one of the image. Their original intention was to order smaller size prints for the grandparents. All of this was totally unexpected and I was dumbfounded. Thank God, digital technology was already established and I had no problem making a highresolution scan from the negative and a large print from it for the parents. The image did show signs of film grain but in my opinion, it actually enhanced the portrait and my clients were very pleased.

Although all of my studio portraits were created with artificial light, those I did in an environmental settings were photographed with natural illumination with no reflectors or fill flash. In order to isolate my subject from the background, I always use the widest lens aperture when I am creating portraits. I am now working primarily with Fuji S-1 digital cameras and have found the f2.8 Nikon 105 macro a perfect choice for portraiture. There have been times when I had used longer lenses to totally blur out the background but found the 105mm to be the right lens for almost all of my portrait assignments with the digital camera. Most of my portrait sessions consist of families and high school seniors but during

the past ten years, I have been photographing a lot of people involved in physical fitness and bodybuilding. I enjoy doing this kind of work because it gives me the opportunity to create gorgeous images for them with my ability to see and interpret natural light. The photograph of the bodybuilder in the red loincloth featured with this article is one of my most successful image and many regard it as my signature piece. It was the first and only image to score a perfect '1009 at our local Hawaii state print competition five years ago and no one has been able to match it yet.

I have earned most of my income from portrait photography but I have also sold many fine art images to clients. I have always been interested in pictorial photography ever since I received my very first camera at Christmas from my parents when I was only six years old. All of the images were created here in Hawaii and the US mainland. Some were made at the time when I was teaching a non-credit photography class at the University of Hawaii. The majority of my earlier images were photographed with 35mm transparency film but the more recent were created with both a digital camera and transparency film. Thanks to digital technology, I have no problem creating images from high resolution scans from the original transparencies compared to the old fashioned method of first making a masked inter negative. The nice thing about digital scans is the ability to create prints with an image quality that matches the original.

Although I used to get very good results from inter negatives, the quality was not as good as prints made from scans. There are any times when I still work with film but I am now more involved with digital capture and it accounts for seventy five percent of my work. It would have been wonderful if digital technology had been available about thirty years ago because my production workload would have been much easier. In addition to the Fuji Finepix S-1 digital cameras I am using, I have two computers, a new G-4 iMac and an older Mac. All of the captured images from the camera are first downloaded from the file cards using the older computer and burned on to a disc. After the images on the disc have been printed by my lab and my clients have seen them and made their selections, the images are retouched with Photoshop software on my G- 4 iMac. Many of my colleagues sell high quality ink jet prints to their clients but I have a preference for dye sub prints and all of my finished work are printed by an excellent professional laboratory in Honolulu and the service and turn around time is very reliable, and so is the quality. I will be celebrating my fortieth anniversary in business next year and thirty-three of those years were spent operating a portrait studio. After my father passed away in 1998,1 decided to close the studio and work out of my home during the past six years. The decision to close the studio after my father's death was not an easy one but I had a responsibility to help care for my 85 year old invalid mother who is also legally blind. Because my older sister and I take turn caring for mother, I can still provide full service to my clients but I no longer offer indoor studio portraits because I do not want to open my home to the public due to my mother's condition. All of the work I am doing now is created outdoors at many of Hawaii's beautiful locations. Because our island climate is warm and our vegetation is lush all year long, there are no seasonal limitations. The only time I have a problem working outdoors is when it rain sometimes during the winter months. Because of the length of time I have been in business, I do not do any advertising but manage to obtain clients from my web site and previous customer referrals.