The ability to make point adjustments to a curve in Photoshop has been available in ACR for sometime but not in Lightroom until this release. The adjustments that you made to the curve, in previous versions of Lightroom, utilised a parametric approach where you were limited in terms of the movements that you could apply to the curve (fig.11). In this version, we now have the freedom to add points to the curve and make changes to it in a similar fashion to the curve in ACR and Photoshop. In essence, this feature adds a limitless potential to change the look of your files in a way that couldn't easily be done in Lightroom. For instance, you can now apply an s-curve directly to a file adding more contrast to the image, move the white point in the curve to add contrast to the highlight or make it flat in the image, and change the black point to modify the tonal response in the shadow area of the image (fig.12). Curve can be your new playground so have fun.

A welcome change in the user interface department comes in the form of a new import dialogue. The new dialogue now fits in with the general program graphic user inter face and it is easier to see what's happening to your files as you bring them in. 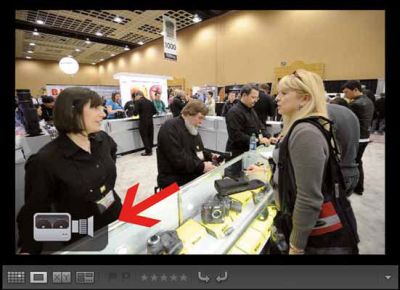 This new interface also allows you to set up import presets, automate part of the import process using the minimal import dialogue (fig.9). The general layout of this dialogue is broken down in to three portions, the left panel, the centre panel and the right panel (fig.10). The left panel deals with your original file location where you can choose which folders of images you would like to import. The centre panel deals with the files that you want to import - what you would like Lightroom to do with them. You can make your basic selection here and also zoom in and out of the images. And lastly, the right panel is where you would add metadata, keywords, develop presets, select preview rendering methods and the destination of the files that you want Lightroom to import. It can seem a bit daunting at first, but trust me, once you understand the layout it is much easier to see where your files are going.


Please Note:
There is more than one page for this Article.
You are currently on page 3 Contact Art Suwansang