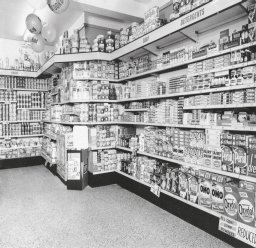 When I had finished winning the war and putting an end to all the mayhem - a task which I accomplished with a modicum of help from my friends Messrs Eisenhower and Montgomery - I was posted to Northern Germany to await demobilisation. There I got the job of driving the 'passion wagon' - the army truck which took soldiers into the town on short leave. This was because I was the only one likely to remain sober as I am 'teetotal' - probably due to Grandfather Hargreaves being a hell fire and brimstone Methodist preacher around Burnley with the consequence that I was brought up in a Methodist environment. The soldiers drank - I got hooked on photography. It happened this way : in those days there were many shortages in Germany. We could swap cigarettes and coffee in particular for almost anything. I had a newish Blue Spot German radio which was so poor that you had to be virtually in sight of the station to catch a transmission (Nazi radios had circuits to prevent foreign transmissions being tuned which so constrained the receiver that it could hardly hear the home stations), but it was big, it had lots of lights on it and it was a precious item in post war Germany. I exchanged it for my first Rollei - a 1932 Rolleiflex lever wind - in the displaced persons camp near Brunswick.

On the next occasion when I had driven the 'passion wagon' into Brunswick and emptied it of its adventure-seeking soldiers, I made my way to the war torn office and factory of Franke & Heidecke to see if my camera could be overhauled: it certainly could, and it was left at the workshop. When the 'passion wagon' was again in Brunswick, I went excitedly to collect my refurbished Rolleiflex.

It wasn't quite ready and I was asked to wait in a room which had a display of photographs taken by world famous Rollei users. These pictures were, of course, all in black and white or sepia, but I was so entranced by them that in my mind I was a professional photographer from that day onwards. There were also sectional diagrams of the twin lens Rollei.

After a little while a gentleman came and asked if I would like to be shown round the factory. I certainly would, and it was an experience which I will never forget. I saw the making and assembling by hand of Rollei cameras, I saw Zeiss lenses being fitted to Compur shutters, I saw viewing and taking lenses being carefully matched and I saw the design section with large drawings of the cameras.

At the end of my tour I asked the gentleman who had shown me round if I might know his name. He introduced himself as Horst Franke, the son of the co-founder of the firm. He gave me a little booklet which had in it some of the pictures and some advertising material about Rollei cameras - a booklet which I have kept to this day as a souvenir of that memorable occasion. My refurbished Rolleiflex was by this time ready - it was beautiful and my dream had begun.

Reading through that booklet now casts an interesting light on the firm's perceptions of what it was doing when it brought out the Rolleiflex and Rolleicord cameras. It was essentially a prewar publication, the latest of the dated photographs in it being marked 1938. In those days, by and large, professional cameras were made of wood and brass and recorded their images on plates. Franke and Heidecke clearly thought that in the Rolleiflex and the Rolleicord they were producing a snapshot camera for the amateur user who might find plate cameras difficult. Both of these words ('snap' and 'amateur'.) recur frequently in the firm's literature of the time and in the booklet which I was given. Nevertheless my wonderful, refurbished camera, the display of pictures and the booklet determined the course of my life to this very day. It is interesting to note here that, if you look at films or newsreels of the time, and right up to the early 1950Õs, you see, above all, two cameras - the Rolleiflex and the Speed Graphic. 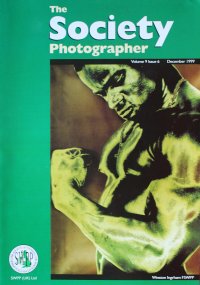