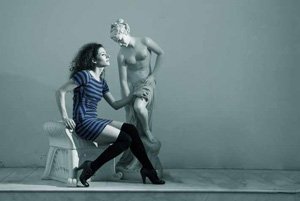 Could you explain the name of your Tour "Mind over camera"?

Mind over camera comes from 'mind over matter' in the sense that I don'tcare about cameras, they don't really matter that much. I have been saying for years, give me any DSLR and I'll produce the same standard images, I work with an ISO, shutter speed and aperture. That's how I look at photography. Canon, Nikon, Olympus I really don't care. I shoot 90% of my photographs with a flash that cost £25 on eBay with no modifiers, I don't own an L lens, I shoot everything on a Canon 5D MkI and that's only because it's full frame, if the cheaper 450Ds, etc, were full frame I would use them.

The idea of the mind over camera tour was to help people understand that photography comes from the mind, there is no piece of technology that can compete with it. In my earlier days as a photographer I always thought my photos were rubbish because I didn't have a 1D - if only it was that simple.

I spent the seminars using my £25 flash off-camera, mixed with available light, to achieve reasonably pleasing results. I wanted to also help people understand that being a photographer who is running a photography business you have to think about a lot more than just taking nice photos. It's important to remember that the experience we give the person/model/couple is just as, if not more important, than the photographs. After all, a photograph is a memory so we need to make sure it's a good one. 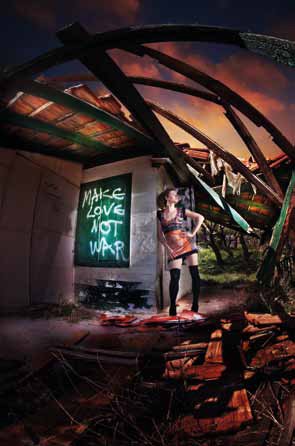 What did you do during this Tour?

Wow where do I start? We started off by going to Istanbul in Turkey and gave a seminar on a boat sailing up the Bosphorus River. This was an amazing experience and the Turkish delegates were all lovely. It was amazing to see such keen learners on the first day of the tour. We had a translator to help us out which worked really well and we were also fortunate enough to have Phil and Juliet onboard (making sure I behaved). We then headed off to Athens in Greece which was another nice turn out with an amazing location to shoot at, it was an old derelict holiday camp right by the beach. Thanks to Manes Pangalos for hooking this amazing place up. It was so much fun.

We then had to jump on another plane and head off to Thessalonika, Greece, here we had some really bright conditions to contend with, but the £25 flash didn't let me down and I think we really helped people see that you can get away with a simple bare flash set up even in bright sun. It was pretty funny here, we had a lovely hotel which I think the delegates probably thought we would use but I dragged them off to an old crumbled building I found down the street.

We waved goodbye to Greece and said hello to Malta, wow what a place, if you have never been I would highly recommend it. Lovely scenery and lovely people. We presented two seminars here, one was in and around the hotel and then we were fortunate enough to shoot at the Mazda garage for the second seminar. This was a good chance to show the simple flash set-up in bright sunny conditions and also indoors in very little light.

Malta flew by and before we knew it we were back on a plane heading over to Cyprus. Here we had some very bright conditions to deal with, the delegates said they never really shoot in the day because the sun is so bright and high in the sky, for me I love those conditions, when only working with one flash the brighter the ambient light the better. I really hope the guys have a different attitude towards daytime shooting and enjoy having fun using the sun to their advantage.


You are currently on page 1 Contact Richard P Walton