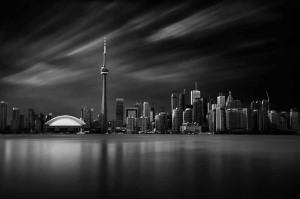 This image by Ian Good was entered in the Pictorial and Fine Art category of the monthly competitions and was nominated in the finals. The success of the image partly rested on its supreme tonal quality.

Monochrome remains as popular as ever, indeed, after we had started drafting this feature we had occasion to analyse the stats from the annual competition to confirm a hunch we already had. In a broad sheet, national newspaper, on the day this was typed, we counted just three out of 89 images in black and white. This is completely out of skew with the results of the competition, in which 35% of the nominated images were monochrome after the monochrome section was eliminated from the calculation. What we are seeing here is a use of about 3% mono in the newspaper compared with a success of 35% on gaining a nomination for the final rounds of our annual competition. The same overall statistic is repeated if you take the total number of Golds Awards - 486 images, of which 198 were monochrome, a fraction of 41%. Ten of the categories in the finals contained 50% or more monochromes. 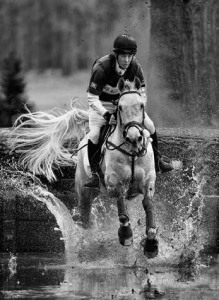 The winner of the Monochrome category was Roger Evans who chose to present his sports image in monochrome. The contorted shape of the horse does not need any colour for impact, it stands perfectly well on its own.

Do the judges favour monochrome? Not overtly - during the discussions around the 486 images (and there were plenty!) the subject was only mentioned a couple of times - mentioned as in: 'would this image have made a stronger monochrome?' The argument has already been put to bed with nature images, most judges will vote for colour over mono in this category - but even this is not universal; Adrian Henson's monochrome snake in last year's 16x20 'Natural World' was one of the few unanimous votes! Nature apart then, you do not seem to jeopardise your chances by converting your masterpiece to monochrome. This is the philosophical question; do the better photographers gravitate towards using monochrome or is monochrome adding to the selection chances of any image?