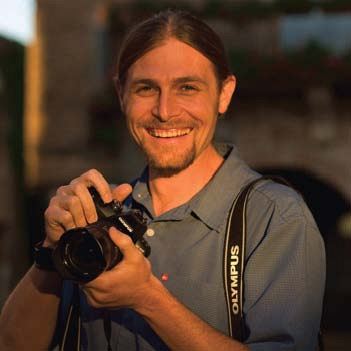 After studying Eastern Religions and Philosophy in college, Jay Kinghorn took an extended trip to the Far East, where a trip to Cambodia's killing fields inspired him to capture photography that would convey his sense of anger and pain. In the 1990s, Kinghorn worked as an assignment and fine-art photographer before making a career move to become a digital imaging consultant. He now lectures and presents for the Utah Chapter of the International Professional Photographers Association, the IPSW and ASMP Colorado. Kinghorn has also played an important role at the Rocky Mountain News, helping the paper digitize its photo department. He is the author, with fellow Olympus Visionary Jay Dickman, of Perfect Digital Photography. 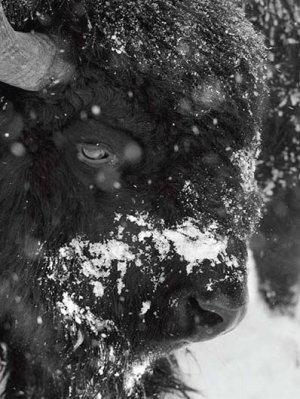 Whether climbing the side of the Colorado Rockies or in a classroom training others on how to demystify digital cameras, Kinghorn's approachable, comfortable and efficient training style makes him one of the most sought-after digital imaging specialists in the United States.

As an outdoor enthusiast, Jay appreciates the versatility and portability of the Olympus E-System digital cameras.

"I like this shot because the bison looks contemplative, and you can really see the detail and texture in his horns. The snow highlights the fur on top of his head, and his eye really stands out. It's naturally monochromatic, which suits the subject. I think it brings out the character of the bison-this gentle, shaggy giant. He and his kind used to be so prevalent in the West, and now they're isolated to a few pockets of land. The days of the large bison herds are probably gone forever.

"I shot this on the Olympus EVOLT E-500, using the Zuiko ED 300mm f/2.8 lens with a 1.4x teleconverter. The teleconverter adds another 120mm focal range to the lens, taking you up to 420mm. I was at 100 ISO with an aperture of f/6.3, and the shutter speed was 1/160th of a second. Actually, that's a combination I wouldn't generally recommend; the shutter speed seems too slow for that lens. Somehow, though, it worked. I was using a monopod, which helps." 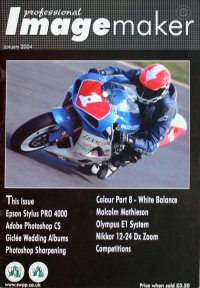