My first venture into creating images was as a child when I used lead pencils. Using the full range of leads from HB through 7B, I was at a young age, able to create images that had an almost 3D appearance. Whether it was sheer talent or skilled observance I cannot be sure, but those drawings drew highly complementary reactions from all that viewed them. But there is no doubt that I developed a skill of seeing light early and translated it with my pencils.

All those drawings were done on white parchment paper and in fact were a reverse of what is, while not exclusively, now my medium of choice; low-key portrait photography. Those who have read my Lighting Techniques for High Key Portrait Photography will know that I am forever seeking ways to create images that have emotion, delicacy, charm and texture. In low key the techniques have many similarities but also have many different nuances that cannot be done in high key.

In high key our images have less potential drama and panache, though nonetheless just as beautiful. For instance, when creating a portrait that has powerful texture they almost look too much larger than life, but when we work in low key, using similar lighting styles we are able to create a feeling of depth by using light from angles that high key will not allow.

The old masters such as, Rembrandt, Gainsborough, Ruebens and Homer worked mostly in relatively low light situations with backgrounds that were less bright than our modern life situations. Consequently their work is much more low key than any other and their influence persists to this day.

If we study their work and learn to observe the effects of light our portraits will be works of art and not just mundane camera images. The most interesting aspect of this is that despite low key being a more natural choice for most portrait photographers the use of lighting techniques is less imaginative and sometimes less than as skillful than it might be.

If you will study the works of the old masters you will note how they looked into the shadows for the critical detail that makes their portraits so exciting. I grant you that the old masters had a certain advantage; they could take their time and do makeovers if they felt the need. Yet modern photographers too frequently fail to look into the shadows for the detail in the same way that would make theirs so much more vital and lifelike. For many there is a set formula that prevents them from creating great images. That formula is one that dictates lights will always be in a virtual lock down and there is almost an identical light pattern on every subject they photograph. You could say that what they are producing is boring because almost everyone looks the same except they have different features. Subjects are not treated individually. Every one gets virtually the same treatment. The photographer is not practicing his craft to the ultimate degree. And to compound the problem props and backgrounds are often inappropriate or misused. 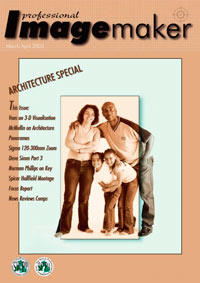