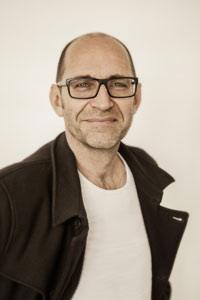 Tell us a little about your background, your first camera and photographic experience and your subsequent emergence as a pro.

I grew up in Lincolnshire and went to Lincoln College Of Art. I had my first commercial Studio in Nottingham and then moved to London at the end of the 80s. After spending some time shooting for a catalogue studio I set up on my own and soon had a studio in central London shooting regularly for Ad agencies and Magazines throughout Europe. A few years later I got myself a US agent and started shooting regularly in New York and around the world. In 2008 things changed and I decide to restructure my business. I now shoot a combination of advertising and editorial projects around the world but also shoot extensively for private portrait clients in the UK. Over the past few years I have started producing an annual book called The Children Of London which features images of Children photographed by me and my team in their favourite London locations. The book is retained by Her Majesty The Queen and The Prime Minister and helps to raise money for The Great Ormond Street Children Charity.

Why photography?
I originally trained as a graphic designer and somehow fell into a photographic career. I love the speed and precision of photography which enables me to create images in an instant but I also love the ability to post produce your images into a polished artwork that is everything you want it to be.

Film or digital? Is there still a place for silver halide?
I shot film for the first 15 years of my career and I recommend that everyone does some film work because it is such great discipline. But really…come on, digital is just so convenient and the quality now is amazing. It’s digital every time for me.

Which camera?
Cameras should be chosen according to what you are shooting. I shoot most of my current work on my Canon 5D Mk4 and I love it but its horses for courses. 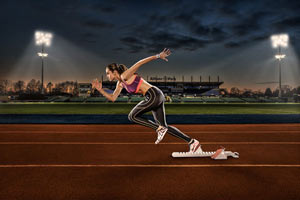 Bit of detail about your own studio set-up/staffing. Why (as a customer) would I choose you?
Some years ago I moved from my 1000 sq ft studio in central Covent Garden because I wanted to shoot more location work. I converted a residential flat that I own near my home in Chiswick west London and it is a brilliant place to come to work. I have some full time employees but use a lot of freelancers. I like their independent spirit and think they produce better work when working for them selves.

The problem with professional photographers today is...
Photographers need to understand that not everyone with a video on YouTube is an expert. They need to join an organisation like The Societies, and learn from real professionals.

What’s the worst commercial error you have made to date?
Not realising that you need to charge more if you want people to take you seriously. When I first moved into Soho I didn’t understand why ad agencies were not booking me until a friendly art director told me I wasn’t charging enough…bizarre but true!

How did you rectify the mistake?
Doubled my day rate and I worked all the time.

The lessons learnt?
People in the commercial world and in the social world are always ready to give work to the most expensive person because there is something inside that tells them you must be the best.