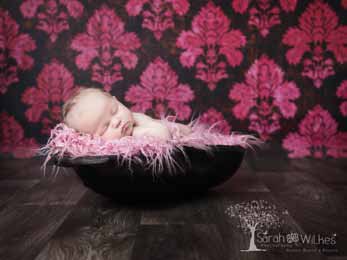 The launch of Click Props just over a year ago was a perfect example of that principle in action. The range ties in closely with CCC's Bump 2 Baby and My First Year schemes, where photographers can sign up to have tailored leads delivered to them so that they can offer their services to local couples expecting children. The props themselves are sourced from some of the world's leading manufacturers and include Cheese Clothes and Nubble Wraps in a multitude of colours, four unique resin Trench Bowls for posing newborns in, Mini Me Hammocks, Knitted Hats, Nappy Covers, Headbands, Ruffle Blankets and an extensive range of small and large furs.

In a novel twist, the props in the range are not available to buy online, but are exhibited at over 20 regional trade shows and training days across the UK as well as by appointment at the Click Props Head Office in Watford, Hertfordshire. The line is hugely popular: at the Convention Trade Show, for example, over 600 props were sold in just three days. 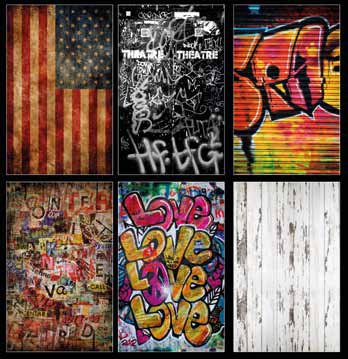 Click Backgrounds were added to the line-up six months later, and they were given a 'soft launch' at the CCC Conference in October, an event at which the company's MD, Charlie Kaufman was also presented with an Honorary Fellowship by the Societies in recognition of his business innovation within the photographic industry. This was followed by a more formal launch at the Societies' Convention in January.