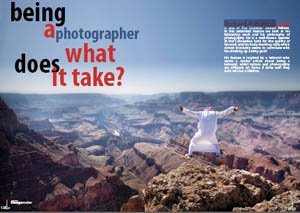 Whilst looking back at my 10- almost 11-year journey as a photographer a lot of things have become clear. I now realise that for a big part of it I was absolutely rubbish at taking photos and didn't even know it, another thing is that if I had sought out some advice from other photographers in the industry who were far more experienced than me, I could have saved myself a lot of stress, money and would have been at least five years ahead of myself now.

I spent so much time worrying about the wrong things, I hate seeing so many other photographers getting into this game go through the same pain I did and make the same mistakes that I made along the way with most other photographers no doubt. If I can help just one person get on board with this and teach them that photography comes from the mind and imagination, then learning it the hard and long way wasn't a total waste of time.

I'm going to share what I wish somebody had shared with me in the early days of taking photos and trying to make a living from it; if you have been taking photos and making a living for 10 or more years then this is probably stuff you already know. Well done for sticking with it and now hopefully living the dream.

1. The secret of successful photography is repetition

There is an old saying 'art is 10% inspiration and 90% perspiration; this is something that may take a while to sink in and fully appreciate, but the fact is there aren't many prodigies out there who take amazing photos from the minute they pick up a camera. It took me a long time to discover that the only real way to improve and get better at taking photos was repetition (practice and lots of it). In order for creative ideas to flow effortlessly from our minds through our cameras we must have the technical side nailed; the trick is to free your mind from any technical issues that get in the way so you can concentrate on the idea of the image in your head. I studied Wing Chun (a style of kung fu) for a while when I was younger; here, and in any martial arts, the training is repetitive and ritualistic. Another good example is a musician, they play scales and practise chords over and over, in both cases the reason is not so they can be really good at practising martial arts or playing chords, it is so that when the time comes to fight or play they will do so automatically without consciously having to decide what to do. If a martial artist had to think about what punch block he had to throw next he wouldn't block the punch coming towards him, it is the result of muscle memory that lets him block punches effortlessly. 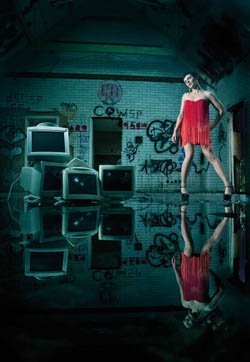 The same goes for photography; we must take the same photos over and over again, until our muscles respond to our imaginations without having to go through the brain to do it. In my earlier years of taking photos I wanted to learn how to use flash off the camera. Every time I tried, the background in the image would be dark almost pitch black; if I changed something the flash would totally blow out the subject, what I saw in my head didn't look anything like the rubbish I was capturing on the back of the camera. I looked for shortcuts, tricks, books, online tutorials and nowhere could I find anything that put it in a way I could understand. I gave up for a while, I thought I didn't have what it took.

Then one quiet day in the future I thought I would try again; to no great amazement I was still rubbish, I still couldn't figure it out. This time was different though, I kept trying and the more I tried the more the images on my camera were starting to look like the images in my head. Practise makes perfect as they say but how many of us simply give up the first time because it didn't come out like we had visualised it in our heads? I used to believe that any artist was born with the ability to take amazing photos and understand the technical side of things easily, but that really isn't true. We have all got to where we now are thanks to repetition and practice. If you really want to get good at a particular lighting set-up, Photoshop technique or anything else, then the real secret is to simply keep practising it over and over again until you are sick to death of it and start seeing it in your sleep.


You are currently on page 1 Contact Richard P Walton