President Derek Avery touched on a subject very close to every professional photographer's heart, in his recent article "First Chairman", when he mentioned the probability of complaints. There are a number of extremely important issues here that really need to be analysed before comments are made in a single paragraph. The salient point that Derek hit directly is that.. yes sooner or later everyone who practices professional photography as a means of earning their living will surely receive

So, as Derek says, having taken all the precautions and done everything to should, there is a complaint which needs to be handled. I would like to leave handling of the complaints to a later paragraph, for reasons that will become obvious, and in the meantime examine a couple of examples of real life case histories. Then let us consider whether we really have taken all the RIGHT precautions and done everything we should have.

Way back in 1979 I had the misfortune to photograph a wedding for someone, who was described by the priest of their own parish, as a professional bad debtor. In those days I didn't take all the money up front as most people do these days, consequently I had to sue for payment. The client then made a complaint to the BIPP, which resulted in one of the largest industry in fights that ever existed. Roger Saunders, the late general secretary of the MPA, came quickly to my aid and, without opening old wounds, we won the day, against the client in court... against the BIPP and in the professional photographic press.

That same year a very good London photographer, who specialized in high end Jewish weddings, was hauled before the MPA arbitration panel because of a complaint. This photographer was an Hasselblad shooter and a very fine wedding artist of the day.

Sadly he had produced a large number of slightly out of focus images at a large "society wedding".

Before you rush to judgment about our colleague's eye sight, know this: Hasselblads, with wear and tear, are rather prone to a problem known as mirror bounce. That means that at the end of the wind on cycle, the mirror is not precisely at the forty five degree angle that would put it in the plane of sharp focus. Which in turn means that while the image on the ground glass might appear perfectly sharp, that would not be true at the film plane and the resultant photograph would be soft.

Believe me, it does not take very much to throw an image out of focus and when you remember that the late seventies was the period of a lot of available light photography, at wide apertures, it is no surprise that the MPA member had some fuzzy pictures.

Did you ever have a large runs of flash misfires and never knew the reason why? Do you own a Rollei SL66? Well for more than thirty years Rollei knew of, and ignored, an inherent problem with the flash synchronization of the SL66. It is a design problem that they chose for more than three decades not to fix. The SL66 has a mechanical synch. system that resembles an anvil and hammer, the hammer is fixed onto a fulcrum and is meant to strike the anvil to fire the flash unit.... until it becomes loose... and every one that was ever made will eventually work loose.

Any one of these equipment problems could happen to you or me. The sad thing is, that it is so easy to criticize and set out to make an example of the "guilty" photographer, a rather naive approach on the part of those whom we trust to be guardians of our professional integrity. Could you imagine the British Medical Association acting in a similar manor? In the past, organizations like the BIPP would assume complaints were justified, just because they were made, without investigation. It was also about the turn of the eighties that well respected Fellow of the BIPP received a complaint, I was in his studio that very day and overheard the way he handled it. Oh there really wasn't anything seriously wrong with his work, just his attitude.

Again a very fine photographer, this time from the north west of England, and normally a great personality, but when a bride told him she was disappointed with her photographs, he erupted, "I'm great, see that certificate... that puts me in the same league as Karsh...." and so he went on. She didn't care how good he thought he was, she just didn't like the way he made her look in pictures. That is a valid complaint.

Not to knock the guy, he is a first class photographer, with an admirable style. He is also a gifted salesman and this is the point I want to make, You have not taken all the right precautions and done everything the right way, if you haven't taken the client's needs, taste or lifestyle into account during your sales interview.

Every time an enquiry comes into your studio, it does not necessarily mean the enquirer is a prospective client. A lesson I learned long, long ago, is that there is always a possibility of a vendor-client mismatch and that is the first kind of situation you need to avoid.... You cannot please all of the people... so don't try to book the wrong kind of client.

It doesn't mean they have bad taste, if it is not the same as yours it just means it is different that's all. 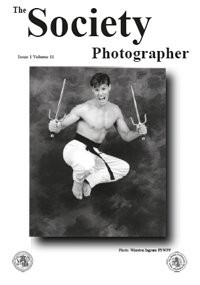