Rolling with the LITTLE Dog, Paws for thought June/July 15 - part 1 of 1 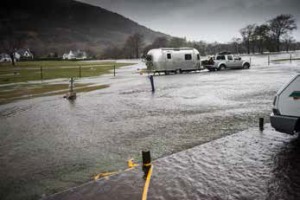 They made me get out for a wee in this! It was not fit for a dog

The Humans dragged me up to Scotland last week. As usual it poured with rain; at one stage I got thrown out of the camper for a wee and my whizzer was actually in the water - and I'm a girl dog!

Alarmingly there was much discussion about things called 'long distance paths' and much chundering over OS maps. Now Treacle tells me that the Humans took her and Fudge along a long distance path a couple of years back and they ended up being dragged right across England FROM ONE SIDE TO THE OTHER! It was as much as 16 miles a day - Treacle said they were so knackered they could hardly get out of the van in the mornings. 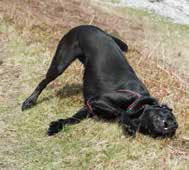 This is my corkscrew routine

Anyways the idea seemed to lose a bit of its appeal once the Humans took a look at The Kintyre Way, they were muttering about how boring it looked and was all in trees and so we might just get away with it if we keep quiet. They also looked at coastal paths but I put the kibosh on that one by dancing right on the edge of a huge cliff top, doing my corkscrew-into-mud routine. Herself went nuts and coastal paths are now off the menu also.

Two final bits of news: the dammed tagalong has been sold to some unsuspecting dog owner; I kept stum, he was a big bulldog and can look after himself - can't say I'd like to drag him up a hill behind a bike. The other bit of news is that that Juliet Jones human turned down my application to speak at The Convention 16 - personally I thought Boudoir Photography of Dogs, by Dogs would have been a sell out. ttn Chica