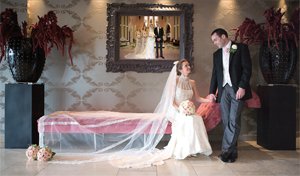 Seamus Costelloe is the master of blending wedding, portrait and fashion photography, and his two workshops at the 2012 Convention will show delegates how he runs his successful business.

Every bride wants a little glamour and excitement around her wedding day, and the aim of Seamus Costelloe is to provide exactly that. Based in Westfield, Co Kilkenny, Seamus is one of the most successful wedding photographers in Ireland, and his approach is glitzy, stylish and laced with a dash of fashion, and the girls love the way he makes them look.

For the most important day in their life he will make them appear stunning, and it's a service that has proved to be hugely popular, and it's turned Seamus into someone that other photographers want to come and listen to. There will be two opportunities to do exactly that at the 2012 Convention, with Seamus lined up to present workshops there for the first time, on Saturday and Sunday prime spots. Fresh from being a guest speaker at the Malta Photographic Society Seminar in 2011 and the National Association of Irish Photographers the year before that, it's a sign of just how successful this photographer has become, and of how much interest there is from others who have seen his formula and would like to offer a similar service. "I've been involved in photography for nearly 30 years," says Seamus, "and I started out by founding a camera club 29 years ago, which is still operating now. For 20 years I then saw photography as a hobby, and I was involved in local and national photographic activities and associations in Ireland. 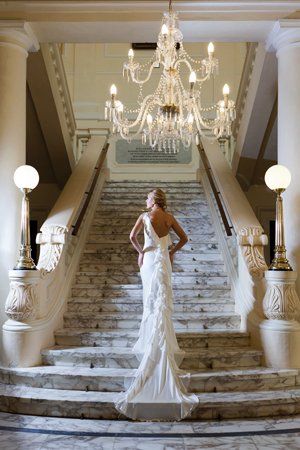 Nine years ago, I made the step up to become a full-time professional photographer, but I still consider my job to be my hobby and I love everything about it."

By coming from the background he has, Seamus understands the grass roots of photography, and it's also meant that he's learned his trade through trial and error, building up his expertise and honing his style during his spare time. Now with nine years of business behind him all of that experience is coming to the fore, and it's meant that he's in a prime position to tap into the enthusiasm that he so obviously has for his craft.

Heading for the Convention

While Seamus might not have spoken at the Convention before he's attended no less than eight times and he's thoroughly enjoyed his time as a member of The Societies and feels that he's got an enormous amount out of it. "I love being a member of such a progressive association," he says, "and it just offers photographers so much. For a start I've been able to enter the regular competitions and it's given me a chance to compete against other professional photographers and to judge my progress against them. Over the years I've managed to amass 23 Gold Awards with the SWPP, and I was also named the SWPP/BPPA Digital Overseas Photographer in 2005 and the SWPP/BPPA Sports Overseas Photographer in 2007.

"As far as the Convention is concerned, I've had the chance to meet so many interesting international photographers over the years and I've been able to network with many of them and to pick up fresh and interesting new ideas. I've made lots of new friends, I've gained invaluable knowledge about marketing and technical aspects of the business and I've just broadened my horizons in so many ways. Where else would I get this opportunity?

"I also love the Trade Show, which gives me a chance every year to see cutting-edge new products and to get a feel for what is really happening in the world of professional photography. All in all, I think I would certainly fail a 'drug test' if they were to hold one to establish the level of adrenalin and the buzz you get just from being part of the Convention. Phil and Juliet Jones have created a masterpiece and, for me, the Convention is just a photographer's dream."