Charlotte Moss talks to him about his journey across the past 34 years. - part 2 of 1 2 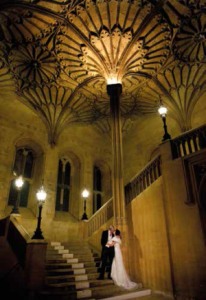 To stretch his creative muscles Stuart enjoys shooting on his iPhone and even has a section of featured images on his website. "If you know what you're doing there's so much creative potential with an iPhone," Stuart tells me when I ask him why the iPhone instead of just a compact camera. "You only have to look at the work that people like Gordon McGowan or The Yerburys do; it's a tool that can give you some really beautiful images." Stuart uses a combination of apps to shoot and process his iPhone images including Hipstamatic as well as others to overlay textures or improve contrast and sharpness. "Part of the appeal with Hipstamatic is that you have to get it right the first time. It's a good way of training your eye for composition since you have to compose it exactly the way you want it to look. I also like the square-format of that app; it's one of the things that attracted me to it. It's a bit like using a Hasselblad!" But when all is said and done, Stuart believes that even with an iPhone and all the apps in the app store, it still comes down to the core fundamentals of photography to shoot a great image with an iPhone; "Good light is still key to taking a good photo. On your camera or your iPhone." 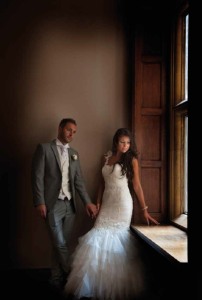 Stuart will be a familiar face to many at The Convention as he is part of the judging panel. "It's quite an honour but very nerve wracking," Stuart tells me when I ask what it's like to sit on the panel. "People are very passionate about their images and you do go into it willing them to succeed and gain the highest possible marks. It's quite a responsibility in that respect." Many panels will pass at this year's Convention, but if you're thinking about submitting your own next year then Stuart's Masterclass might be one to put in your diary. Stuart will be passing on expertise gained both in the UK and the USA where he started judging; "It was going back a few years but my first experience of judging was in America at WPPI. It was really quite an experience with some of the real mega-stars of the industry." Friday afternoon is when Stuart will be sharing his insider tips with delegates. "We'll be doing a live critique!" Stuart says enthusiastically when I ask what he'll be talking about. "I'm going to ask people who are thinking about going for a qualification to give me images that I can critique in class. It's anonymous so nobody in the audience will know who is it, but I'm going to be really positive and explain to people why things have worked as well as perhaps why they haven't worked so well."

Like all the photographers who lecture at The Convention, Stuart loves teaching others. "It's nice to see people make a breakthrough in the work that they're producing. When they really understand something new, it can help them get better work and get better paid for the work that they're doing. It can make a real difference to their businesses and it feels great to know that you've helped them do that.