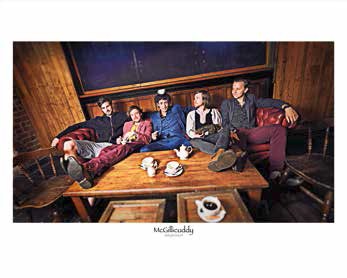 This issue, Damian gives us a glimpse into the working practicalities of shooting rock and roll photography with a look at a recently commissioned music shoot!

In my career as a celebrity photographer, I've shot a lot of the biggest bands in the business - and I'm lucky enough that some of them have been genuine music heroes of mine. Though unfortunately, since they were mostly private commissions, I can't disclose any names, so suffice to say I have to keep 'hush' about these things as 'it's my life'!).

However, as much fun and as much of a privilege as it is to take pictures of famous faces, sadly it does come with the side effect that it stops feeling quite as special as it used to. At the end of the day now, it doesn't matter who it is who comes into the studio or meets us at a hotel with an entourage and dark glasses on - it really does become just another day at the office!

So when we found ourselves shooting my assistant James' favourite band last month, Tankus the Henge, I was able to relive the thrill of shooting my own fave groups vicariously through him! James is a massive fan of Tankus and its front man, the whiskey-voiced virtuoso pianist Jaz Delorean, and to see him so excited for his first brush with 'rock star photography' really gave me a buzz. 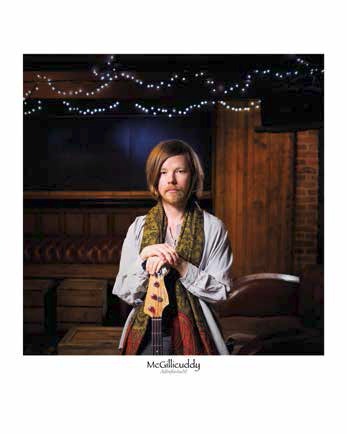 As is the case 99% of the times I shoot a band, a celebrity, or any kind of location-based fashion or commercial campaign, the first time we saw the venue was the moment we parked up and went inside. We had no clue what to expect, other than the situations we always face - namely that we probably weren't going to have the time, space and or shooting conditions that we'd ideally like.

As is always the case when shooting public figures, we were working according to the personalities' schedule - in this case, we were squeezing in our shoot with the band somewhere between stage set up, sound checks and rehearsal. So while the band was unloading, we surveyed the location for a shooting spot and had to think up a suitable lighting set-up that would work within it. It's like I always say: 90% of my work is done before I ever pick up the camera!

That's the reality of shooting commercially, especially with a band about to go on stage or a movie star who you only have 15 minutes to shoot with - you have to create something out of nothing and there's no time to fiddle about and change your lights and set-up once you're shooting, so you have to get it right in advance and right first time!

After a few minutes I'd located a shooting area and decided how tolight it, so then it was a case of grabbing each band member as and when they'd finished setting up individually, then grabbing the whole band for a quick group shot the minute they finished rehearsing. (As Jaz explained to us, tongue only slightly in cheek, 'When only the lead singer gets photographed, that's when bands split up!')