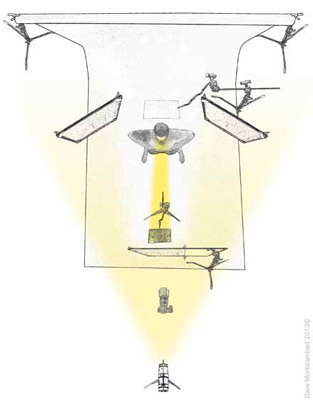 In the early days of my photo career, cinema was a great inspiration. In particular I loved the lighting created in the B&W classics of the 1940s and 1950s (and for those of you who cannot remember that far back, look to George Clooney's 2005 film Good Night and Good Luck). To make up for the bad script writing and for the corny lines that were used, incredible lighting was created on the actors, it was often very dramatic and very contrasty. The night scenes were the most dramatic with their bright, heavy backlighting, dark underexposed flesh-tones, and bright beautiful catch lights in the eyes. In trying to duplicate this it was the catch lights that I couldn't get the hang of - I couldn't figure out how to underexpose the fronts of people to simulate night time, while maintaining brilliant eyes? 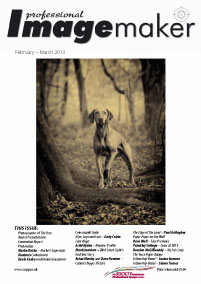