Top left: Face was cleansed, toned and prepped with a moisturising make-up base. This softens the face and allows the rest of the make-up to be more evenly applied.

Top right: Green concealer was used on red spots and blended; a light-reflecting illuminator was used under the eyes (best blending results are obtained with a small, slightly coarse brush). Foundation was then applied in a layering technique (several very thin layers), using a foundation brush, which gives a very natural, and even finish.

Middle left: Bright-pink-cream blush was doted onto the apples (the cheeks), temples and a darkbrown cream blush was used to contour the model's face, putting more emphasis on her cheekbones. For that lovely glow, a cream highlighter was blended just above the apples of the cheeks and into her brow bone

Middle right: Translucent powder was dusted over the entire eyelid, to provide a base for the iridescent pink, which was then swept onto her eyelid right into the socket. Black was then applied and blended well into the socket. A fine, slanted liner brush was

Bottom left: The model's eye brows were then groomed and a brown powder was brushed in between sparse hairs to create the full, and more youthful appearance. Lashes were also curled at this point, to give the illusion of a bright wide eye (youthful) and mascara was then applied. 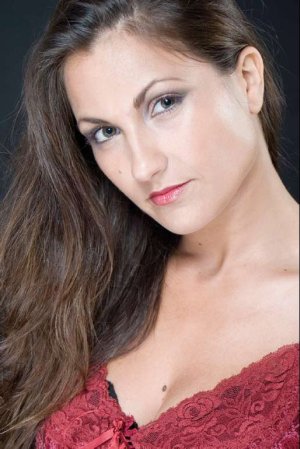 The outside of the lips were then outlined with a flesh coloured pencil, (this technique is used when using a brighter colour on lips, to avoid the colour running under the heat of the lights). Lips were then defined with a nude lip pencil (when using strong colours, its always best to use nude bases and outlines, this way, the main colour will not be an obvious contrast with the pencil colour. A fuchsia lip-gloss was then brushed over the entire lip.

Claire Savona started making up at the age of four and was given her first play make-up kit the following year; mainly, it seems, to keep her out of her mother's make-up box! In 2002 she was awarded a distinction in her INFA Diploma in Make-up, after two years of study, and has gone on to work for top advertising agencies in her native Malta, as well as highly popular Television broadcasting companies and also the Malta Institute of Professional Photographers (MIPP). Her work includes fashion shows, television, film, dance productions, creative make-up art shows (working in Haut Couture and SFX) and the Gay Pride Carnivals in Malta. She has been nominated for Make-up Artist and Body Painter of the Year a number of times and was waiting this year's results as this piece was being written (see http://www.fashionawards.com.mt/nominations 2005.htm for a sneak preview). Claire is also featured in Makeup Artist Magazine (May/June) issue in an article titled Make-up Artists from around the world (see www.makeupmag.com).

Claire was invited to prepare this article during the SWPP Malta seminar in 2006 where she was in attendance at our fashion shoot. She has recently moved to London to expand her work and portfolio and can be contacted on 07867 897128 or via email at clairesavona@waldonet.net.mt. 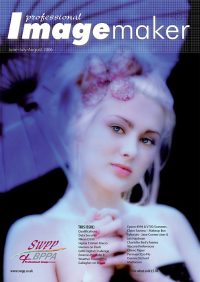