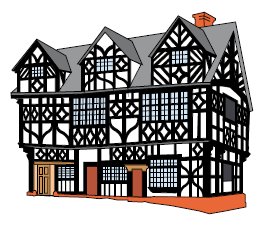 The Balloon Goes Up Again

Corel have updated their flagship suite with the release of version X4 (14). (And, incidentally returned to a balloon logo; Lewy the chameleon must have croaked at last!) The graphics suite contains both vector and bitmap editing applications, along with screen capture, bitmap tracing and a large collection of fonts (with a fonts manager) and clipart. At Professional Imagemaker we always have several version of CorelDRAW mounted on our workstations and frequently make use of the fonts and clip art for our page design. Being naturally cautious we have tended in the past to clip board any Corel illustrations into Adobe Illustrator before moving to InDesign to ensure colour fidelity across the applications. The latest version of CorelDRAW has an in-built version of the Adobe Color Management Module (CMM) which should ensure compatibility across applications and platforms. However, it remains a Windows-only application, one reason why it is generally spurned by the professional graphics design community, but no bar to its popularity in a business environment. The suite is comprehensive in its abilities and you can progress from image manipulation and processing RAW files right though to multi-page, graphics-rich documents with industry-standard pdf output. Its cost and relative ease of use make it attractive to the occasional 'designer' for whom graphic design is not a major part of their work mix. 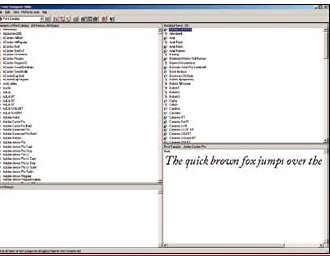 To test the program we carried out a few simple tests and compatibility trials along with some testing of the new font-finding utility. We then set up the colour management and designed a multi-page document for Tom Lee. As you will see it was not all plain sailing but we got there in the end!

CorelDRAW comes with 1,000 high-quality Open Type fonts, many of which include comprehensive glyph sets (fractions, swashes, foreign language characters, etc). Sadly they seem to be without visible means of support - we had to go to InDesign to take a look at what was on offer. Searching for 'glyphs' in both Help and the manual did not return a result. Bitstream Font navigator is also provided for keeping everything under control and it enables the installation of a font without having to reboot the application - much appreciated. A new feature is the direct web link to MyFont which accesses 'WhatTheFont?!'. Detecting the font used in a publication you wish to match can be a pain and often you cannot find out which font was employed on a project. With 'WhatTheFont?!' you highlight the text in question, make a couple of mouse clicks and the utility starts to offer you possibilities to make a visual match. It is simple to use but a little unreliable on small, difficult or poorly reproduced characters. In our tests it failed to find Arial initially but found Caliph without a hint of effort. It nailed Gil Sans Ultra Bold Condensed first time which was impressive. Overall it is a useful utility which we employed in anger on Tom Lee's project later in this review.