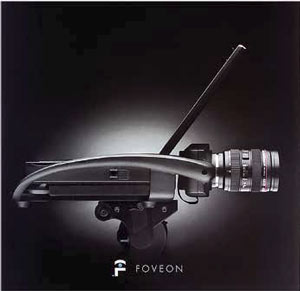 A little lighting anti-pasta for this issue: Bad things happen togood people all the time ...you never see it coming or imagineit can happen to you. In the spirit of the new year, fresh starts,hopes, and aspirations I'd like to tell you about some tragicthings that happened to me and my business - and, yes, Isurvived.

Here are key points, documents and strategies to have in place. Here wego...

Several years ago my prototype three-sensor Foveon digital camera (seeimage 001) unexpectedly went for a salt-water dive in the cool watersof Vancouver's Burrard Inlet. I was on a shoot for a firemen's calendaron their high-speed water-cannon boat. It was a clear beautiful day, theocean was still but as I stepped over a sill from inside to outside of theboat we hit a big wave at full-speed - I was holding this precious sevenkilogramcamera with both hands, and as I lost my footing, 'instinctivelyI let go and grabbed a railing so as to not fall over (not much of aphotographer, a real photographer would have gone down with his/her camera:). In slow motion I watched my $65k (£40k) camera glidethrough the air and disappear into those Pacific waters. Everyone sawwhat happened, we slowed the boat down and somewhat comically allsix of the fire-boat's overly gung-ho firefighters-come-Navy-Seals offeredto free dive into the 20 metres of water and retrieve it ...'No thanks boys,them circuits is pickled in brine for good!'.

Insurance: the short version of a 10-month insurance process was this:I had insurance for 'off premises' but because the Foveon was not amass-produced product (and no longer manufactured) it got verycomplicated - I thought that I was covered with the $45K off premisesand that they would cut me a cheque for that amount; but of courseit does not work that way with insurance companies here in Canada.My getting an equivalent market replacement proved challenging forthe insurance company to grasp; they had their researcher come upwith 'a suitable replacement' which was at first a $5,000 camera thathad a single Foveon chip in it and was not suitable at all. 'Then, when Irefused and threatened court they came up with a $9,000 version thatwas even less suitable - they wouldn't listen to what I needed. So thenI did get legal - I hired a lawyer and in the end after 10 months and$10k the insurance company duly paid the full amount and our courtcosts. Well not really, in the fine print of our contract it stated that youcannot collect legal costs, but we were covered for loss of businesswhich I could show amounted to $60k for the 10 months - they settledfor $10K. The conclusion is, review in detail what your insurance coversand under what circumstances - ask a lot of 'what if' questions. Also,be prepared for this process to take some time; therefore, what otherequipment/studio do you have to continue to run your business. InCanada insurance companies are really good on items under $10k, butare sluggish to pay out high-ticket items. 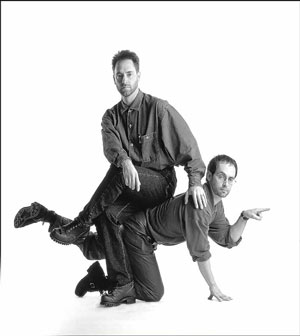 My brother, Mark and I (see image 002) had created the 'go-to' studio inVancouver. We built our dream space - seven-metre ceilings, no pillarsor posts, a cove wall, a full kitchen, a boardroom and lots of office space.You could drive a three-ton truck into the space - it was perfect. Wewere on top of the world and very busy and growing. Mark was a young,widowed father, his wife had died of cancer two years prior, at the age of40. His daughter Elise was now three and a magical handful for a single,working dad. We had gone to a party one Saturday night and stayedout late. The next day Mark called me to let me know he was goingmountain bike riding up the side of one of our local mountains withsome friends despite the 28° celsius weather and a mild case of foodpoisoning from the night before's party food. He was the outdoor guy,he had all the gear for every activity and was somewhat of an 'IronMan'.I gently teased him that now that he was 40 he should take it easy andmaybe just hang out at home and relax a bit. But it was a beautiful hotAugust day and he was determined to ride that mountain. So he rode upthe mountain...

It's very weird when you feel like you're watching yourself in your ownslow-motion movie - you're there but not there, sort of floating above,disconnected. That evening, the door bell rang and two uniformed officersstood in front of me, strangely quiet. At that moment I thought they weregoing to tell me my mother had died because at that time she was ill withterminal 'lung cancer. They came in and explained that Mark had died ofwhat appeared to be a massive heart attack on the mountain. After that Icouldn't hear anything and my wife Sylvianne went into over-drive.

You are never prepared for such an unexpected tragedy, or at least notthe experience of it - fortunately for me we had just recently prepared lifeinsurance and wills. Mark and I had life insurance on each other and eachof us had a will that clearly defined our company legacy/assets separatefrom personal responsibilities.