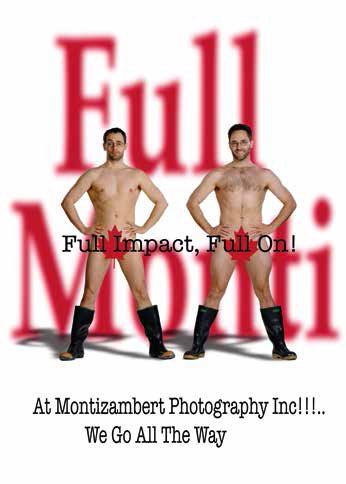 T 1 he start of another year, everyone is broke (you’d think we’d learn), so a perfect time to get off my lighting soapbox and indulge in a little 'lighting anti-pasta', that is a talk about some business practices I’ve employed that were quite successful in keeping the money flowing. Now to help with this my partner/wife Sylvianne will do most of the talking since this is her area of expertise.

Sylvianne (S): In the beginning Montizambert Photography was just Dave and his brother Mark, see image 01. Mark and Dave both did everything – promoted, shot, etcetera. Each had their own clients but shared the proceeds. Dave and Mark never thought to explore what they each individually excelled at and what they individually were weak at. They were both top-notch shooters and shooting was why they got into it in the first place, so they both did it. Like most photographers, neither wanted to do the sales/marketing/networking side, but out of necessity both did. In this way they never took advantage of the 'Power of Two' - that is define who is good at what and then assign those areas to that person. Mark was charismatic and a great negotiator – a much better front man – whereas Dave was an innovator and driven to constantly learn, but was more of an introvert compared to Mark.

Dave (D): After a decade and a half of struggling in our photo business, my brother Mark and I decided that it was time to let go of doing our own sales and marketing and to turn it over to a real pro. We were very impressed with a woman, Sylvianne, whom I was dating at the time.

Sylvianne was a force to be reckoned with in administration, sales, networking and marketing. Mark and I decided that we must have her to represent Montizambert Photography, but unfortunately, we couldn’t afford her, so we flipped a coin and I married her (see image 02).

Sylvianne (S): I really had no idea what was involved in working in a photography business let alone what an f-stop was…lucky for me my job wasn’t to be the photographer – that was Dave's and Mark’s job!

When I first came on board at Montizambert Photography I sat down with Dave and Mark so that I could define who did what and who would be best suited to each task. Both partners could shoot, so that didn’t change, and I would, of course, handle admin, marketing (since my background was in administration, marketing and sales) but the lads would still have to do some portfolio appointments once I had qualified the client. This arrangement worked well and made the boys more exclusive since it was their agent, me, that the prospective client first saw. Once I qualified them the prospect could have a sit down with Dave or Mark. This defining who did what was the most important bit of managing I did for Montizambert Photography. 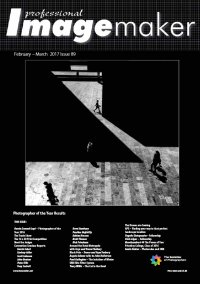