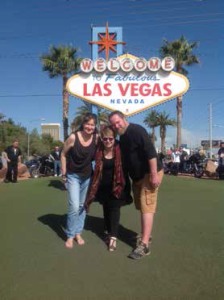 Seven years ago I did a week-long workshop in London with Jerry Ghionis. A part of the session included a chance to sit down with Jerry 1-2-1 and talk through your plans and ambitions. I knew at that stage I wanted to be involved in the world of photographic training and asked him what were the best ways to get into presenting internationally. His reply was basically: "Keep doing what you do and when you're ready the invitations will come." Well I've never had much of a game plan for life or career so that suited me. The conversation came back into my head at 06:30 a couple of Saturdays ago as I sat in the MGM Grand in Vegas having breakfast with Jerry, Melissa and a whole bunch of people I consider my photography heroes. I had to force myself not to giggle and ask for autographs!

I was asked last year if I'd be interested in going over to WPPI and doing a little judging and presenting. It took around a second to say yes. I'd always fancied going, never been and never visited Vegas. Add in it was one of Liz's significant birthdays at the start of the year and the timing couldn't have been better.

So it was we met up in Gatwick with Phil and Juliet, full of excitement and no little nervousness. They are Vegas veterans and the more they told us about the place, the more unbelievable it sounded. Their excitement was palpable though and certainly infectious. Ten hours' later as we staggered out onto the tarmac at McCarran, we couldn't wait to explore.

The first thing that struck me was the absolute quality of the light. Clear blue skies overhead and the desert all around give a wonderful crispness and colour to the light there that I'd never seen before. The second thing to strike me was the heat. It was in the mid 20s and for once I wasn't the daft lad in my shorts and T-shirt. 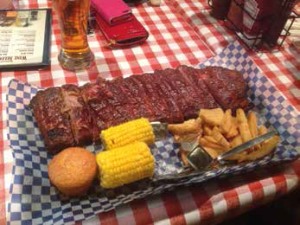 Before depositing us at the hotel, Phil and Juls gave us an expertly guided tour of the Las Vegas Strip, the main road through the town on which sit all the major hotels. Nothing can prepare you for the size and madness of these places. You start at the iconic 'Welcome' sign which, on its own, would be impressive but with the Strip rising like the Emerald City from the Wizard of Oz in the background, it gets slightly dominated. That's where the weirdness begins. A hotel like a pyramid with a full-size Sphinx outside, a Cinderella Castle, the MGM a mass of green glass and steel, a re-creation of Venice, a French chateau, Ancient Greece, Paris, New York.... Every building seemed to want to outdo the others for their lunacy but what struck me was that everything was really well done. I didn't expect to be wowed by the beauty of a Venetian canal created indoors, but I was, it was exquisite.