In the early days of March the SWPP/BPPA members and guests were treated to a one-day seminar from Malcolm Mathieson. You always come away from these things with something but, by any standards, this one really was quite special. Malcolm is a trained cinematographer and perhaps he was using his story telling expertise to tug our emotions around, but we were moved from laughter to tears and back with a huge dollop of good old Aussie common sense to cement it all together. I have to confess that when a (small) number of single images from Malcolm's Russian orphanage project in Semyonovka came across the desk I was relatively unmoved. In truth I did not really understand them. Seeing the whole story as a pictorial sequence arranged to tell the story in full, and presented in total silence was profound. Rarely have I sat amongst an audience so quiet as at the end of the sequence - you could have heard a pin drop. The next time your kids moan about not having the latest model of mobile phone, tell them Malcolm's Russian story. He organised a whip round amongst his photographic mates and asked the people at the orphanage what the children would most like to have. The reply was that each child would love a towel of its own. Suddenly the picture made sense - they were on the steps of their home waving, not flags, but their own towels, an image which would bring tears to the eyes of anybody who understood its significance. Malcolm has agreed to come back and talk to us next year. It will be a privilege to be in that audience - bring a handkerchief along with your notebook! 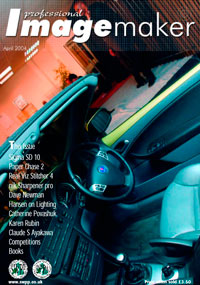