Welcome to our sport special, compiled with the assistance of a number of Societies' members. The period of its creation have been one of the most tumultuous that the media industry has experienced for a great many years, much of it centred around the offices of News International, the Metropolitan Police and the committee rooms of the House of Commons. Image makers and image breakers have had a field day, showing the discomfort of the liars and, in one blindingly short moment, the unedifying sight of Rupert Murdoch being custard pied on the 'most humble day of his life'. The way things have turned out since, he might be having the second most humble day of his life in short order, to explain the ever-widening gulf between evidence and reality to the inquisitors from the Parliamentary Commons Committee on Media and Culture.

What has this got to do with a professional photography magazine you might ask? Well images have played a crucial role in the whole sorry tale, none more so than the cartoons which have lampooned the proceedings with their surgical cuts to the heart of the matter. For my money the best was Martin Rowson's effort in the Guardian (15 July) in which Rebekah Brooks stands on a bleeding pile of NoWs asking when the parliamentarians across the table 'last grew their balls back'. Based on the famous (and favourite) painting in Liverpool's Walker Art Gallery, Frederick Yeames' When did you last see your father?, the scene is painstakingly recreated, with John Wittingdale and Tom Watson sitting underneath a portrait of Cromwell and various stooges dotted around the room including David Cameron (as the pantomime prince) along with a policeman (trousers down). The Murdochs adorn the other wall as 'wanted' notices. In an instant the cartoon tells the story in a way that a photograph would fail (unless it was a recreation, set up for the purpose). The nearest that photography got to capturing the unfolding events was the quick-thinking mobile phone user who captured the custard pie landing. Quite how the custard pie and the camera-phone managed to infiltrate the proceedings has yet to be answered, the jobs-worths who have for so long blighted the lives of professional photographers going about their business on London's streets seem to have deserted their posts for the day.

How things will now pan out will only become obvious in the coming months, the Police have regained a certain amount of power from the politically correct watchdogs as a result of the riots (the other main story during the magazine run). This could knock on to more abuse of stop and search tactics getting in the way of photographers. Just when the public seemed to be getting the upper hand on the abuse of anti-terrorism legislation to prevent photography, the hoodlums who joined in the riots may have handed the gains back.

It is slightly surprising that image manipulation has not reared its head above all the mayhem, surely, for a newspaper that will stoop to seemingly any length in pursuit of a story, a bit a tweaking here and there in Photoshop would seem like a minor correction.

On a much happier note, the Convention looms ever nearer and things are falling into place daily. Start planning your itinerary and getting your days organised there is much to see! 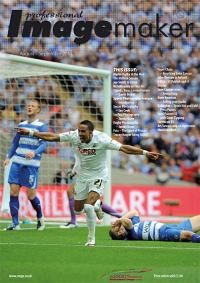