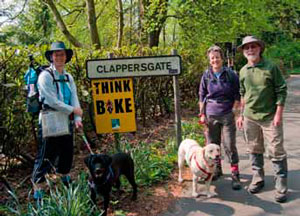 Here we are a 11am sharp on Royal Wedding day. We could end up going through Traitors' Gate for this one! The picture is credited to a random rambler who we chanced upon.

Well, did you enjoy the Royal Wedding? For those of you involved in the business it was required watching, the rest of us could go and enjoy the hills. I am still not quite sure what happened to the invite, I think it must have been lost in the post. In theory, the event should give a boost to the wedding business, it is unlikely to push it the other way although it is doubtful whether photographers will see any benefits. Dress-makers on the other hand will have been stitching frantically to make their copies, while the gyms will have been busy fine tuning the maids of honours' thighs and bottoms. Undoubtedly the star of the show as Pippa Middleton's derriere, it's even got its own website bless it. Wedding photographers can look forward to dealing with pippabees (wannabees without the rich daddy or influential in-laws) trying to squeeze into her dress, a mere three sizes too small - we can't wait!

On another front, the souvenir china industry took a hammering as millions of commemorative mugs were fashioned with HRH Kate leaving the Abbey on the arm of Prince Harry. Methinks somebody out there in China will have been having a meeting without coffee some days ago.

Given that we were away (at least we had our picture taken by a stray rambler we chanced upon at 11am sharp, see opposite) we saw nothing of the event at all and so relied on the somewhat jaundiced reports in the Guardian for information. The Guardian reports looked somewhat less sycophantic than the red tops and even her Royal Bitchiness, Marina Hyde was promoted to the front page for a bit of a rant. Simon Hoggart kept a little closer to his political brief, but reported the hat of the home secretary as looking like the outcome of a fight between a pink leopard and a pink vulture - having not actually seen it, we cannot possibly comment, but the minds are working overtime! Hats in general caused something of a stir, second only indeed to Pippa's bottom. Princess Eugenie looked like she had been involved in an RTA with an apprentice blacksmith's end-of-year demo piece, while her sister looked OK hat-wise but seemed to have caught the front of her underskirt under her bra.

Tara Palmer Tomkinson, never a shrinking violet, had a hat that was unflatteringly compared with various bits of the female anatomy; it also endangered any male who may have tried to give her a peck on the lips, speared as they might have been on the prow of the model yacht she was wearing. Their Royal Highnesses, the Beckhams seemed, by all accounts, to have got it about right, although Victoria's 22-inch heels looked to be endangering her unborn child. The only good thing about the hat war is that Eugenie's creation has been sold for £81,000 on ebay with the proceeds going to charity.

On the photography front, the spurned Mario Testino sneaked a camera in, under the eyes of the security stooges, confirming what the public already feel, that some people think a camera gives them carte blanche to ignore any house rules. One wonders where the legion of London jobsworths were hiding while this was going on - you know the type, "You can't take photographs here it's a terrorist risk". It has not yet been reported what kind of album Kate and Wills are going to have, perhaps Hugo Burnand hacked them a DVD-only deal and Kate is going to pop into the Llanefni Asda and whack out a few 6x4s (a few spares for mother-in-law would be a nice gesture, Kate).

So there you have it, it's all over bar the paparazzi hunt (they are presently negotiating with the local fishermen for a trip out to the islands of the Seychelles). It is to be hoped that the couple are not too pestered and that the paps don't drag the opinions on our profession down any further, at least the pencil-pushing arm of the trade is taking some of the heat with their telephone engineering at the moment. For our part we wish the couple well, they seem to be unusually nice. 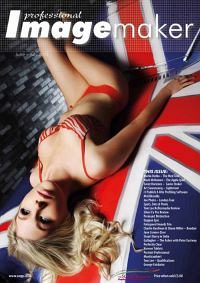