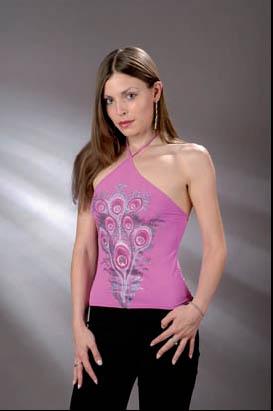 Again we must defer to Wilhelm for specific data, noting that we too have observed similar, if un-quantified effects. If a print is left exposed to light, perhaps with another print on top of it for any length of time, the chances are that a tell-tale mark will be left behind. We have observed this on Pictography prints and, in particlular with fans of ink-jet paper swatches, left about in the office. Thus, yellow staining is the appearance of a light yellow tinge to the base white of a print, infecting the highlights and spectral reflections in an image. It is not generally in the same league as the previous two problems discussed here. However we have it on record of one bride bringing back her album because she had detected the appearance of a line under the matte of an album between the exposed and unexposed portions. We are unsure if the change was due to air exposure away from the matte or acid exposure under the matte, loss of ink density or a combination of all three. However the album was returned so beware!

One of the bad actors in this is the optical brightener added to a paper media to create a brighter base and more 'bite' in the image. Optical brighteners (OBAs) work by absorbing light at longer wavelengths and emitting light of lower (more blue) wavelength, by a process known as fluorescence. The presence of OBAs is detected most easily by viewing the paper in 'cold' light, of the type used in discothèques. In practice it produces whites that are 'whiter than white' (to quote the Persil advertisement). The problems start when the OBAs start to break down under the action of ultraviolet light, when the underlying yellow of the paper base starts to show through. This is even more visible if the image is partly obscured during the exposure to light - this can occur if prints are left out in an untidy stack (never we hear you cry!). 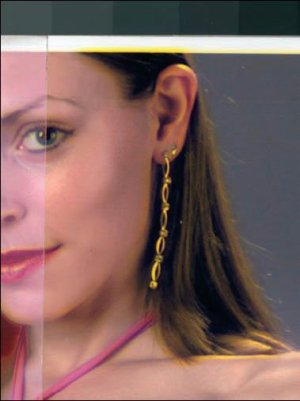 The higher life expectancy of pigment inks has taken the outlook period beyond that of traditional silver halide prints and yellow staining now looms as a life-limiting factor of prints stored in nominally dark conditions (eg a wedding album).

The variability and complexity of the ink-jet substrate has muddied the waters yet further. Initial data from Wilhelm is reasonably encouraging but the user should beware of OBAs, non-acid-free papers, and the use of unbuffered, or poor quality, backing boards. As ever, storing the family archive in an old shoe box reeking of acid is a sure way of eliminating a good chunk of the family from your visual heritage! The measurement of yellow staining is further complicated by the fact that the yellow stain bleaches rapidly if the print is exposed to daylight.

And now for the good stuff!

You could be forgiven for thinking that things were in a bit of a mess from what we have talked about so far. However it is not our intention to cast a gloomy cloud over ink-jet, in-house printing; things are relatively bright, especially for the likes of Epson, which seems to have cornered the market for making good stuff. If you take gamut volume as an example, this has been progressively pushed upwards with the high spots being achieved by The Epson R1800 and the Epson K3 ink sets. With its additional inks in red and blue, the R1800 got the gamut volume up to 98.5% of the sRGB gamut. This is not to say that they are the same all over just the same total volume. There is therefore headroom for the next generation of inks to bring in additional colours to expand the gamut yet further. Currently the yellows, some reds, the cyans and the cyan greens are outside the sRGB gamut (ie better than) but the blues and magentas have some space that they can move into. The blues remain an anomaly - always the least accurate colourmetrically, but the eye is very accommodating in that part of the spectrum and does not notice any deficiencies. Providing the blue does not drift towards magenta (as it can easily) any improvements are likely to help the copy-line writers but not markedly affect the visual impression given by a print. Sorting out the blacks so that the depth of both art papers and glossies are the same, offers scope for improvement and Epson is some way along the path with their micro-encapsulation technology and hybrid pigment systems - don't imagine they won't keep tempting us with yet further goodies in the future!