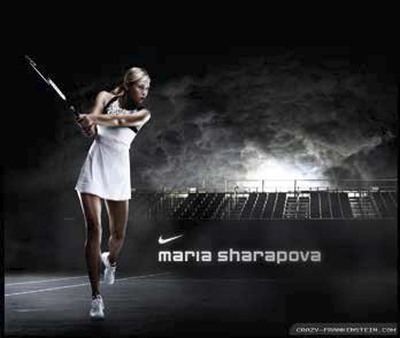 There are certain 'looks' that keep cropping up in the media and also in our competitions and so I decided to bring all the styles and methods together under the umbrella of a single article. For some time the 'look' I am speaking of has been typified by older Nike advertisements and the example of Maria Sharapova captures much of the style. It has to be recognised that Nike have moved on a little, it has, after all, been five years since the Nike Mercury campaign was launched. Nike have been the recipients of many awards for their advertising. How much longer this look will remain in vogue remains to be seen. It was copied by Guinness for their rugby world cup campaign but Nike have produced variations such as the Legends series in which bronze statues of Rooney, Ronaldo, Ribéry and Drogba were comped into adverts of real football for their World Cup, Rio campaign.

The characteristic of this Nike look is polished skin tones, dark backgrounds and desaturation of the tones. These basics may be further enlivened by the use of what is often called 'cinematic colour grading'. This is a movie effect characterised by films such as Terminator Genisys, The Hobbit and The Matrix. It is most commonly generated by the use of a Teal/Orange colourgrading with more vibrant skin tones to the actors amid a complementary background tone such as teal, cyan, green or variations thereon. Such isthe popularity of this effect that Photoshop introduced a Color LookupAdjustment Layer in CS6 which has currently 27 LUTs including Bleach By-pass and TealOrange. TealOrange biases the colours in the way whicha teal-orange gradient would if used as a gradient map. The effects maybe exported via File>Export>Color Lookup Tables in a variety of formatsincluding an icc profile and these can be exploited in movie editing withAdobe After Effects or Premier - a topic way beyond the scope of thisfeature! Color Lookup is somewhat orphaned in Martin Evening's book Photoshop for Photographers and you will not find it in the index (it's actually on page 382 under Color Lookup Adjustments). Despite this, the look is sufficiently in demand for all this coding to have been introduced (by Adobe engineer, Chris Cox). It is interesting that two of the demonstrators on the web placed Color Lookup as their least favoured method of achieving the TealOrange grading, preferring to do it with curves as first preference, colour adjustments second and finally Color Lookup. Our chatting to the various contributors revealed a knowledge of the effect created but few knew of the Color Lookup Table, it does seem to be a bit of an orphan.