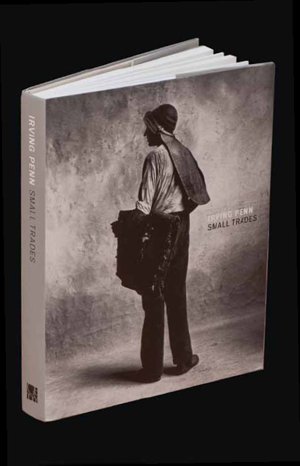 It is slightly sad that the latest book on Penn's work, Small Trades, was in the same pile of mail as the announcement of his death, when I arrived home from a holiday, recently. He was 92 years of age and had spent 70 of those as a photographer witnessing all of the change that has accompanied our profession in that time. Despite this, one of his great loves was the fine mono print, something that became an enduring obsession as he grew older. So unsure was he about his silver halide prints that he undertook the reprinting of much of his work using the slow and skilful process of platinum-palladium printing. He reprinted his Small Trades project from the1950s and presented a set of prints to the Getty Museum for posterity. It is from this set that this latest book is derived.

Platinum printing is regarded by many as the ultimate expression of a mono negative. Art paper is used as a base and coated with a platinumpalladium emulsion before contact printing. Penn used Arches paper for much of this work, a paper whose digital derivative we reviewed in the Canson Infinity set in June of this year. Penn liked the weight and 'feel' of his prints on the weighty, fine art paper; the purists love the depths of the 'velvety' blacks and auction buyers (and collectors) love the exclusivity of the process, along with its impeccable life statistics.

Collectors will pay a lot for a Penn original, more than $500,000 in 2008 for his Cuzo Children. In the New York auction at Christies, just a couple of weeks after his death, Chimney Sweep, London, from Small Trades, fetched $74,000, seven times its lower bound pre-auction evaluation. At the time of his death the exhibition Small Trades was hanging in the Getty Center, Los Angeles.

Penn was regarded as obsessive about detail, arranging every element in his otherwise stark compositions, often making sketches before introducing his camera. Small Trades and much of his other work for the fashion magazine, Vogue, was conducted before a simple, plain paper background, with a minimum of equipment. His subjects for the 1950's project were the trades people of Paris (and later London and New York), dragged from the streets by their egos (the Brits) or by the promise of a small fee and with considerable scepticism (the French). To assist in the process, Penn's employers provided him with a couple of 'beaters' whose job it was to identify and cajole any likely characters up the six flights of stairs to Penn's unassuming studio. The approach worked a treat and the series is a cohesive collection of trades people, many of whose skills are long discarded, sacrificed on the altar of progress. A similar project could be repeated at any time, but would Vogue still publish it? If they did would the beaters include local drifters, of no fixed abode, and an alcohol dependence?

Although the rear view of a subject is sometimes shown, and in others the obligatory garment is a substantial piece of headgear covering their faces, most of the sitters fix their gaze straight at the camera. In the main they display a mixture of pride, awkwardness, embarrassment or plain amusement; others such as the nude sculptor's model are obviously quite at ease in front of the camera.

This model, incidentally is quite some way from the size zeroes of the current pages of Vogue! In all instances the sitters are dressed in their working clothes and, if appropriate, they carry a tool(s) that defines their trade.

The book is sumptuously reproduced using tri-tone plates, a single image per page and only a title to accompany it. There is an interesting interview with Edmonde Charles-Roux by Anne Lacoste.

Charles-Roux was one of Penn's beaters, charged with the task of using local knowledge to seek out subjects, along with one Robert Doisneau and poet Robert Giraud (a local they were trying to rehabilitate from his alcohol issues). Penn was still working for Vogue on other projects and so the sitters waiting on the stairs below his sixth-floor studio could simultaneously be local trades people and the supermodels of the day. The Small Trades project in Paris was accomplished in a little over two weeks in 1950, but Penn obviously added to the theme, over a number of future years, in both London and New York. He revisited his negatives many times, over many decades, before donating his definitive set to the Getty in 2008. There are a small number of prints in each edition, ranging from just one to 41 prints. The vast majority of the editions are single figure numbers. This reflects the task of creating platinum prints and is thereafter reflected in their auction prices!

The book is about as close as many of us will get to owning a Penn image, but at £34.99 it represents a sound and inspirational investment and is recommended without reservation. I wonder which of the projects our members are currently working upon will fill the same gap as Penn in another 60 years' time, and what they will be printed upon?

Published in London and Paris by the J Paul Getty Museum at £34.99.

UK distribution by Orca Book Services 01202 665432 Irving Penn, 1991: "Many photographers feel their client is the subject. My client is a woman in Kansas who reads Vogue. I'm trying to intrigue, stimulate, feed her....The severe portrait that is not the greatest joy in the world to the subject may be enormously interesting to the reader."

"A beautiful print is a thing in itself, not just a halfway house on the way to the page..." 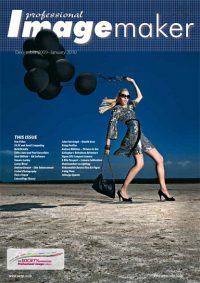