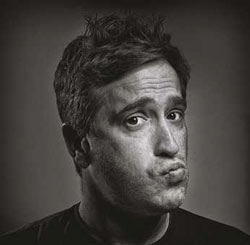 George Fairbairn is one of The Societies' newestjudges, putting his knowledge into practice forthe first time at the January 2015 Convention. Butcompetition is familiar to George, every photo he takesis an opportunity for a Gold award. 'It doesn't alwayshappen, but having that goal pushes me to create mybest work.' It can be tough for a new photographerto enter competitions, but George believes it's worthit; 'The hardest thing for a photographer who is newto competitions can be to not take defeat personally.You have to put your emotions to one side and studythe images to understand the faults, and then onceyou can start doing that you'll start to make massiveimprovements in your photography.'

Being able to judge other people's work is something that Georgeconsiders a real privilege, when people are putting their hardwork in front of you for critique it's easy to see why. 'When you'rejudging a panel you have someone who is putting their blood,sweat, and tears in front of you. It's a huge responsibility and one that youjust can't take lightly, but seeing their relief and joy when you pass theirpanel makes it worth it.' It's the in-person judging at The Convention thatGeorge enjoys the most; 'During competitions like the 20x16 it's great tobe able to explain why you love an image, or even pointing out its faults. Ilove talking about photographs and offering advice on what could makethem better. When people are receptive to that kind of discussion it's veryrewarding.' 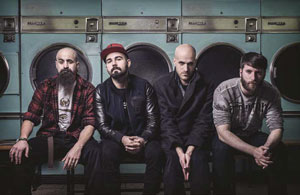 George's own photographic work focuses on editorial portraiture andhe's worked with some high-profile clients since being in business. 'I cannever talk about shoots before they're published,' says George when I tryto find out if he's got any exciting jobs coming up. 'But saying that, I'mshooting for more and more music magazines so you should start seeingmy work cropping up there very soon!' But what advice would Georgegive for photographers looking to break into editorial and advertisingwork? 'Don't think about traditional marketing methods. The people thatcommission photographers in these sectors can't be reached in the sameway as you would market a family portrait or a wedding. It's all a littlemore 'old school' so you need to pick up the phone and make lots of calls.'

It's also no secret that George is a huge Cambridge United fan, somethingthat you might consider slightly odd for someone who transplantedthemselves from the US to England! 'I'd never been to a football match;it wasn't very big in America back then. When I moved to Cambridge theticket prices were good and the stadium was full of noise and emotion -there's really something to be said for supporting a lower league team!'There's no accounting for taste when it comes to sports, but at least hisphotography seems to be on the right track for many more competitionwins in the future - even if the same can't be said for Cambridge United!