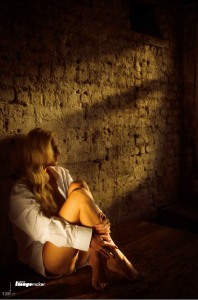 John lost his pencil sharpener at the Convention and so he got his model, Charlotte to do the write up. Always good to hear the model's side of the story!

Here I am back in my home in East Yorkshire, reflecting on the whirlwind that has been my life in the past couple of weeks and excited at the plans being made for the rest of the year. I'm Charlotte and it was my absolute pleasure to work with some of you during The Societies' Convention. If at times I appeared a little bewildered by everything going on around me then allow me to explain.

Last year I spoke with John Denton about doing some modelling for him. My life was a bit busy as I was finishing a degree course at the time and planning on going travelling so we agreed to put things on hold until February. I went off on my world adventures and thought no more about it. That is until I got a message from John on the 5 January asking when I'd be home. I was in Sydney at the time and Yorkshire felt a long way away as I lay in a bikini soaking up the sun. As I read further into John's message I realised that his main model Kerry was ill; I was being asked to model nude at the largest photographic event in Europe and the combination of sun and bikini had given me the whitest boobs known to mankind!

I arrived home and next day met up with John and his wife Liz for a coffee. That was on Friday 9 January and during the meeting they talked a lot about the upcoming event. That's when it started to dawn on me just what I was getting into. On Monday I went to John's studio and we worked through a range of images. Although I hadn't modelled for a while, it felt really good to be back in front of the camera. I got on brilliantly with John which was a huge relief and that night he sent me images to look through. It was odd looking through the images of myself looking glamorous as I'd spent the last three months living out of a backpack. 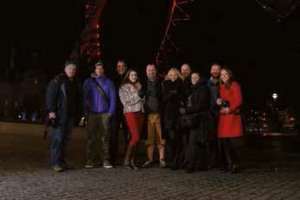 It was only when I arrived at Kings Cross that I started to feel a little nervous. The hustle and bustle of the station is always a bit intimidating so it was good to see John at the end of the platform. A quick beer and chance to meet Kat, one of the other models, and we were all in a cab heading for the Hilton.

When I saw the size of the place that was when it truly hit me. A massive event at a massive venue and one of the biggest opportunities of my life. It was lovely to be welcomed by Phil and Juliet almost as soon as we set foot in the building. That set a theme for the rest of the day as so many people introduced themselves and made me feel so welcome. I was so exhausted by the evening though I turned down dinner with John and the team at the top of the hotel and had a long, jet-lag-induced sleep.

The next day we set off in a minibus for my first professional modelling job! Twelve delegates plus John in an amazing old factory unit studio in North London. I'm not sure what was greatest, the excitement or the nerves, but it was clear that I was with a great group of people and as soon as we got to the studio it was work time. That first session flew by and I was pleased at how I adapted to it. Being naked in front of such a large group felt perfectly natural as they were all so professional and respectful. It was great seeing images on the backs of camera's and seeing those 'light bulb' moments when John demonstrated a lighting technique and people understood it and worked with it.