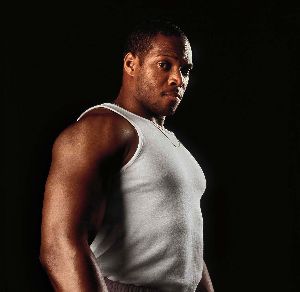 My last article ended with a real "Who killed J.R.?" cliff-hanger - "What exactly is middle grey and how does it function within digital?" To answer those questions we need to look back into photographic history.

The early days of film, an exposed sheet of film would be pulled from the processing chemistry and looked at against a dim green safelight - earlier films were orthochromatic rather than panchromatic and so were not particularly sensitive to green light - if the density looked adequate it was done, if not, then back into the soup it would go.

Each sheet of film could be custom processed this way. However, when Kodak wanted to introduce roll film, this method of custom development had to be rethought since multiple images would need to be processed at the same time and so exposure would have to be standardised - one processing time for multiple images requires a standardised exposure method. Kodak realised that if they were to make this work, they would have to create a standard intensity to base all exposures from - a central starting point to set the tonal contrast of a scene or subject. Years ago Kodak found such a tone - unfortunately not from some ancient Egyptian tomb or from aliens either, nothing exciting like that, but instead with some really dull tedious basic arithmetic and a very sharp pair of scissors. To 'find' this magic tone they took an average image, cut it into 1000 segments, took the average density of each segment and then averaged the 1000 readings together. They repeated this over several thousand images until it was way past their bedtimes.

The concept is, if you expose middle grey so it lands at the mid-point density of your film, then all other brighter and darker subject tones will fall into place relative to that midtone resulting in a correctly exposed subject.

And now to answer the question you are burning to ask, "I don't shoot film anymore so why and how do I use middle grey with digital?" Middle grey is a standard tone that we can use for both film and digital to ensure accurate exposures and tone prediction. A really simple way to ensure correct exposure of a RAW digital capture is to include a grey-card or grey-scale in your image. A correctly exposed middle grey tone in a RAW capture (once brought into your RAW processing software), should read 113 to 118 levels in all three channels in a 2.2 gamma colour space such as Adobe RGB or sRGB IEC61966-2.1, and should read around 94 to 99 levels in all three channels in a 1.8 gamma colour space such as ProPhoto RGB or ColorMatch RGB. These figures are for RAW files and assume that all adjustment sliders in your RAW processing software are set to zero and that the tone curve, if your software has one, is set to its straight diagonal 45 degree line (no bendy bits). Once you have created the optimum exposure that we have objectified with the above figures, you can now set the process settings to whatever you want, knowing that you have the very best cache of digital image data to pull from. Ultimately we want to have it so that with accurate metering practices, a reading off a grey-card or an incident meter reading of the light striking the subject automatically gives us a setting that would render a greycard, were it present in the image, to 113 - 118/94 - 99 levels in our RAW capture software with zeroed settings.

To set exposure with a hand-held reflective meter reading off a grey-card/patch on the subject plane, can be a problem. The problem is specularity or glare from the main-light bumping up the reading resulting in under-exposure.

Sometimes this glare is hard to see on the gray textured surface; the texture creates multiple angles. These angles break up the glare, muting it into the card's true tone, raising the overall brightness - the point of a mid-gray tone is to place it, not a mid-gray tone with glare, at the mid-point of the gray-scale. The solution is to view the card from the camera angle and then rotate the card to remove the glare. How much you rotate the card away from the glare angle will affect the card's brightness too. Alas, photography is fraught with danger! The optimum angle is half-way between the light-source and the camera lens.