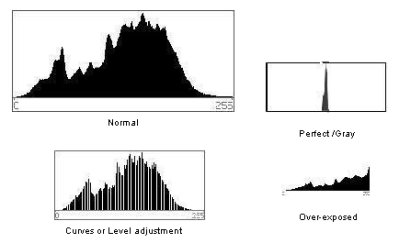 Aside from the topics of type or quality of light is the mere study of numbers, i.e., f-stops and intensities as they relate one light to another. The relationship of the intensity of one camera room light to another is termed Lighting Ratio. The goal of any lighting ratio is to ultimately obtain optimum quality prints from your properly exposed digital or film capture. This stems from an understanding of the unique marriage of digital/ film to paper and the limitations of each.

Fill-Light: casually known in portrait studios as the "pockets and sockets" illuminator. A light which is non-specular and basically non-evident. This light places an extremely important role in optimum quality portraiture by simply raising the level of base-illumination (within the digital or film's exposure latitude) with a wide overall wash of general illumination. Always of lesser intensity than the key. Often seen as a simple bouncelight, large umbrella(s) or large soft-box type illumination.

Key-Light: is the artistic "paint brush" of light which is constantly being moved and meticulously adjusted to perform the important interplay of light and shadow onto the subjects in your camera room. This light is always capable of casting shadows, since its intensity is greater than the fill-light. If the key light does not dominate, there are likely to be conflicting shadows that result in confusing and incoherent lighting. The "recipe" and interplay of these highlights and accompanying shadows created by this light, is called Chiaroscuro in the Italian School of Art. While no information concerning the creative employment of this light is presented here, it goes without saying that a study of the artistic application of this very important light in your portraiture can be a lifelong pursuit. In creative, quality portraiture it is generally understood, that the key light is to be a modified light; modified by any number of methods, at the whim of the por-trait artist, into varying forms of soft to extremely harsh light and also it is common knowledge that the nearer the subject any size light is used, the softer it becomes and the reverse is true. A typical working distance of the Key Light used for head and shoulder portraiture might be 30 to 40 inches. Prudent use of the key light is an artistic endeavor.

Hairlight: employed to add separation of body to background but more importantly to add sparkle to the hair in portraiture, this light becomes very important in low-key work, as separation is now more critical. While small soft-box type lighting units are a popular, contemporary application, most often the hair light(s) used are spotlights with frennel lenses or direct, high efficiency reflector units controlled by barn doors or snoots. Hair lights are usually applied from high above the subject(s) and slightly to the rear or behind, with the light being carefully adjusted or controlled as to avoid striking the lens, vignetter sys-tem or subject's nose. To simplify the placement of this separator light, I occasionally recommend that the light itself be attached (fixed) to the camera room ceiling, permanently in place.Background Light: often an alternative in body-background separation in low-key work, but, most often used to simply add illumination to areas behind the subject, providing details to a controlled interest area. Control of this separator light is paramount to quality portraiture, as many otherwise good attempts are ruined by the misuse of the background light. While generally a controlled, gentle glow of illumination is adequate, tastefully applied coloured-gels, "cookies" or shadow patterns often provide a refreshing level of energy into the otherwise mundane background of the subject's portrait (if that is the goal of the artist).Accent Light: used sparingly, if at all, to add separation, texture or highlights to a portrait. I often refer to this effect as "portrait chrome" . Gener-ally, this light(s) is in the form of a spot or highly controlled directional light striking the subject obliquely from the rear quadrant. Other names for this (these) lights would be; "kicker-lights" or "garlic-lights" or "portrait chrome" lights " ( a gentle application is implied here, since a little "chrome" or "garlic" goes a long way in any recipe).

A Word About Proper Exposure

Digital exposure has brought many new, and more accurate, methods into our craft. An incident type flash meter, held at the subject and pointed back towards the light in question, with either dome or flat disc construction, is most often the approach for accurate illumination measurement. One must re-member that internal camera meters or any reflective meter are only accurate when the reading is directed onto a neutral area or Gray Card. The Lite-Balance disc or several other products, generally provide this reading using a neutral area for histogram (see below) linked exposure control for the critical digital overall exposure readings. To simplify general RATIO light meter procedures for film or digital, I recommend, for the studio, a good flash meter with a dome (rather than a flat disc), which has built-in cosine compensation, and is therefore very easy to simply switching off other units and making sure stored power in the dead unit is totally discharged.