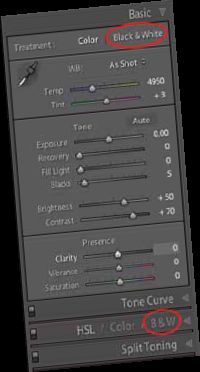 About four years has passed since the release of the original Adobe Photoshop Lightroom. In this time the program has seen two major releases, including this newest version, and many additional features that turned this program into the new flagship of image processing programs available today. Traditionally, major software upgrades are accompanied by many sets of new features. While Lightroom 3 does include additional new features, Adobe has gone back to the building blocks of program and optimised the codes for greater efficiency and speed. What the user gets from this is a better overall experience from the program. With this major coding overhaul, Adobe has also added in a few new elements as well. Many of these features are well implemented, both to enhance the image and increase the efficiency of your workflow. In this article, I'll go over some of the prominent and new features in Lightroom 3 that will make a positive impact on your workflow and the way that you deal with your images.

The best enhancement in Lightroom 3, it is not in the form of a new feature but rather an 'under-the hood' tune-up. This is a change that you won't necessarily see but rather feel, in the speed it creates, from the first moment you launch the program to importing and working with the images. The grid view in the library module generates the image preview much faster in this version. Additionally, the coding optimisation also addresses the issue of large catalogue slow down that plagued previous versions of this software. You can now create and use a large catalogue with ease in Lightroom 3, as the performance drop will be hardly noticeable. Some minor changes were made to the user interface as well, making the terminology more intuitive. For instance, within the Development Module, in the basic panel, the greyscale function now reads 'black and white' (fig. 1). Some additional short cut keys were added as well, ie in the crop tool you can now change the crop orientation from vertical to horizontal by pressing 'x' on the keyboard. One more change here includes a more intuitive catalogue backup, which now comes up upon quitting the program rather than at program launch (fig.2). 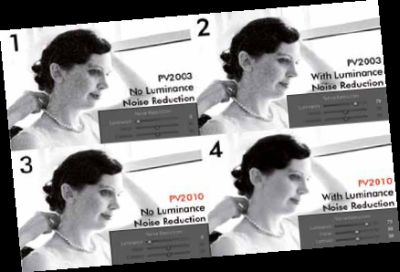 It has been quite a while since the Adobe Camera Raw (ACR) engine got updated, however, in this version of Lightroom, Adobe went back to ramp up the fundamental RAW decoding process, increasing its compatibility with the modern DSLR. The result is the new Process Version 2010, or PV 2010, a new algorithm to demosaic (decode) your RAW data. What you'll notice is that this new ACR engine will make your images look much better even with no adjustments. It also understands and interpolates noise and high-ISO imager y better than the previous version of ACR. In essence, the noise, for images shot in this situation, will appear smaller in size and seem much smoother. To compliment this new interpolation is the new Luminance Noise Reduction feature, which is superb in its ability to remove luminance noise with minimal loss to detail and contrast (fig.3). This new Luminance Noise reduction component can rival many of the dedicated noise reduction plug-ins made for Photoshop and even the previous Lightroom. The added benefit is that the noise reduction algorithm is applied to the original state of the file instead of the already interpolated export files such as JPEG, TIFF, or PSD. There are also changes made to the sharpening and post crop vignette as well. Because some of these changes can be drastic, we have the option to selec t whether or not we want our previous processed images (Process Version 2003 or PV2003) updated to the new engine(fig.4). For any new images, with no previous ACR adjustments, brought into Lightroom 3, PV 2010 will be the default engine.