My own calculations that evening showed that to regain control of Wiltshire as a Conservative authority, any reorganisation would separate Swindon (a Labour stronghold) from the rest of the county. This simple step would, it was expected, return the county of Wiltshire to Conservative control. The loss of Swindon meant a drop in population for the county of about 33%. The loss of rates' income and population meant that the whole local government structure would have to be radically changed.

Taking this one stage further it was clear that my department could be shared out in a variety of different ways, with Archives returning to the Chief Executive's Department, The Libraries and Museums coming under Education, Arts also going to a different section of Education or to the Chief Executive and Archaeology becoming part of a larger Environment Department dealing with all aspects of planning, roads, land development. In short my department could be carved up quite neatly and passed to a series of Assistant Directors on much lower salaries. In short I would be out of a job, so I had to make plans there and then in 1994 (aged 52) for my future outside local government.

By April 1996 all my predictions had happened. It turned out that five Chief Officers were all made redundant on 1 April 1996 to allow the new, restructured Wiltshire to operate within its population and financial limits.

Why am I telling you all of this? Very simply because I want to make you, as photographers, think about the wider implications of events in the outside world and how you need to plan in advance to overcome the problems almost before they arise.

On 1 April 1996 I moved from being a local government Chief Officer with a £12 million budget, 395 staff and 50+ service points, to be being a photographer, working from home, on my own, with the support of my wife, and a new photographic business account with only a few hundred pounds in the bank. Because I had been working on developing the new business from May 1994 through to April 1996 I was able to hit the streets running. I had sittings booked, weddings booked, publicity material, a studio of sorts at home and I had updated my knowledge. I started my career as a press and wedding photographer, but moved into a safer career in local government in 1960.

My photography continued only at hobby level and thus in September 1994 I went to evening classes and gained an A level in photography and then went on to obtain my LRPS, all prior to starting my new career. Having a degree in marketing I naturally undertook the necessary market research to identify where I might be able to create an opening in the local photographic ladder and where there was scope for a newcomer.

It was against this background of always taking the wider view - looking outside the box - that I soon realised that if a recession was about to happen it would have an effect on photographers and on my business. There is no point in just saying that there will be a recession and finding your way round the problems as they occur. To maintain what you have or to even develop you have to plan and manage your own future.

We will all be starting from a slightly different position, so in all honesty I can only take you through the steps I have taken with my business, which is essentially based on family portraits, commercial work, legal work, plus promotional photography, model portfolios and pets.

I am extremely keen on using my time to greatest effect and strictly control how my business operates and how time is managed. The first steps were to plan how I was to tackle the whole project. I planned to set aside one hour per day in the first instance to read up as much as I could about the retail economy, the effects that the current financial situation was having and what action was being taken.

Within days of starting I heard on local news that Bowyers, Trowbridge's largest employers, were closing the factory. The questionable reason given was due in the main to European legislation which did not allow them to call their pies, Melton Mowbray pies if they were made in Trowbridge. This meant the loss of 450 jobs and within hours I had seven cancellations of sittings due the following weekend. This was quickly followed by 350 jobs at a chicken processing plant in the area and immediately following this, the closure of one of the Avon Rubber factories, again with a loss of 450 jobs. With other closures, total job losses announced in one week amounted to 1,500. Trowbridge itself only has a population of 25,000 and similar numbers live in Westbury.

This was a very blunt reminder that things happen quickly and that the credit crunch was not a myth. The loss of 1,500 jobs means that their total income is lost to other traders in the town and this has had a knock-on effect. Additionally, houses in the village had been selling within the week, but now six remain on the market for over six months.


Please Note:
There is more than one page for this Article.
You are currently on page 2 Contact Ron Pybus 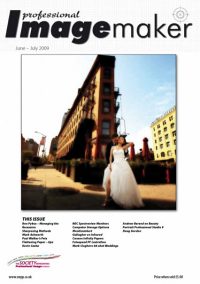