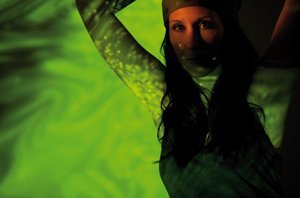 A world-respected master photographer and workshop lecturer, Tony Corbell's two Masterclasses at The Societies' Convention are eagerly awaited and are sure to be amongst the event's highlights

One of the great things about The Societies' Convention is the power it has to attract some of the world's greatest photographers and speakers and it means that, for a few days at least, all eyes will be on west London where delegates will have the opportunity to sit and soak up an unequalled helping of first-hand knowledge and information.

One of those who has graced the Convention twice already with his presence is US-based master photographer Tony Corbell, who has enjoyed the experience so much that he has vowed "to come back as many times as Phil and Juliet will invite me." Tony has two Masterclasses lined up for 2012 which are sure, as usual, to be oversubscribed and his army of fans are looking forward already to soaking up his unique brand of teaching which comes on the back of a stellar career in the business

Listen to some of Tony's achievements and you soon realise why he's got so much to offer. For a start, since 1979 he's photographed three US presidents, 185 World Leaders, 65 Nigerian Heads of State, about 600 brides and grooms, a couple of NASA astronauts and lots of famous and not so famous faces. He's also spoken at around 400 seminars and workshops nationally and internationally and reckons he must have spoken to over 7,500 photographers in 36 cities over the years, including London, Glasgow, Dublin, Toronto, Mexico City, Sydney and many more US cities.

Tony has always been at the forefront of photographic education with a particular emphasis on the ins and outs of lighting, and his Basic Studio Lighting book published by AmPhoto has sold all around the world and has served as the basis for numerous photographic college lighting courses. He has also written articles for every major photographic magazine in the US, Japan, the UK and China. He is currently one of a select few Approved Photographic Instructors from the Professional Photographers of America...and to cap it all off he's the biggest Beatles fan alive.

"I originally became a photographer to help my brotherin-law and sister into their new studio business," he says. "I had no training or background in photography at all but was very visually oriented, having grown up around the movie business. I started out as a wedding and portrait photographer, slowly changing to more commercial work in the late 80s and 90s. While I still take on the occasional wedding it's work that has come to me through referral and I don't advertise for commissions any more. Commercial, editorial and advertising photography is where I really feel I am strongest these days."