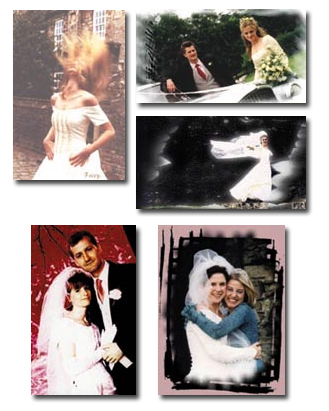 With the current trend for wedding couples increasingly asking for more casual and reportage style wedding photographs we can be faced with the dilemma of how to present them. About 6 years ago I was asked to cover a wedding at Chelsea Reg. Office. The brief was "if it looks like a wedding photograph we don't want it". (They were both advertising executives) hence they wanted to be different, but after the event I asked them about their choice of album and was told they had purchased a "book" from Liberty's and would make up the album their selves.

Previous t this I had been commissioned to do the wedding of a couple involved in the music industry. (No names for the clients sake) they again didn't want an album but purchased (from me) a 30"x40" frame, cut up all the photographs and turned it into a very large montage. Fine. 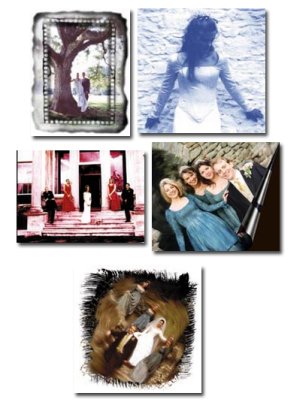 Now that this type of coverage is becoming more common I have been using the Campdale range of albums, which are ideal for this purpose, I know that other manufacturers are about to release similar albums but have yet to see them. This type of album not only looks good but you can be as creative in its layout as you can be with your photography.

I find that charging a fixed fee for this service to be the best way to approach it and we also have total control over what goes into the album, it's not a 30 print for £X... it's a total concept and is very well received with our clientele, a word of warning...the first client we built one for came back and asked for two identical ones for their parents (I had to borrow theirs as I had no idea how I had laid it out.) we now photograph (digitally) every album as a record. Check out the Campdale range and be pleasantly surprised.