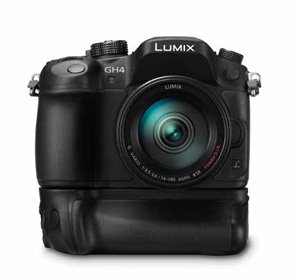 With its cameras trialed by Magnum, the electronics giant is also reaching out to social photographers and video makers with its latest trio of flagship Lumix G compact system cameras in the GX7, GH4 and GM1, complete with a growing range of premium prime lenses and Power Zooms. Could these, in combination, really provide an alternative to the stranglehold enjoyed by Canon and Nikon?

Let's not forget Panasonic launched the first-ever compact system camera back in the Lumix DMC-G1 back in September 2008 and has been blazing a trail since. Despite many rivals joining the race, the originator has come out with some of the most consistently innovative camera releases in this section of the market. Indeed Which? Magazine has more than once awarded Panasonic the accolade of most reliable brand. At the time of writing it was also shortlisted as Best Photography Brand by the consumer champion.

Social photographers who are additionally called upon to shoot video, or who simply have considered the medium as another means of expanding their set of services and products, will no doubt be aware of the manufacturer's latest Lumix G system camera in the GH4. This mirrorless yet miniature DSLR resembling model, featuring a 16.05 effective megapixel Four Thirds CMOS sensor and latest generation Venue Engine processor, was noteworthy for being the first 4K shooting compact system camera to market - and is still one of a very limited number of affordable and compact devices capable of this feat - not a total surprise, perhaps, as the electronics manufacturer also delivers the 4K televisions on which to review such footage. 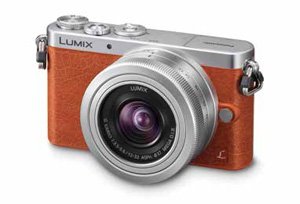 This aptly named fourth generation flagship Micro Four Thirds model, which heads up the entire Lumix G line up, could be described as 'hybrid' camera, as it makes the most of its manufacturer's expertise regarding both camcorders and stills cameras - an expertise arguably the traditional photography firms don't have to the same degree. Indeed it recently won the accolade of 'Best Hybrid Photo/Video Camera' at the 2014 TIPA (Technical Imaging Press Association) Awards.

For those who are looking to capture video, the GH4 offers compatibility with the simultaneously announced SDXC/SDHC UHS-I 'Gold Series' media cards, issued in response to the introduction of 4K video and available in 16GB, 32GB and 64GB capacity. Auto focus has long been pitched as both swift and accurate by the brand, with shots composed via 2.4 million dot Live View Finder or still impressive 1.036 million dot monitor just beneath.

"In fact the GH4 is our most advanced Lumix yet," Barnaby Sykes, Panasonic UK's Head of Digital Imaging tells us. "For those professionals seeking an alternative to the big two that is a lot more portable than a regular DSLR, this offers real choice with its two OLED displays, including eye level viewfinder and angle adjustable rear screen. Furthermore the camera is not just proving a boon for social photographers in studio but for travel photographers and those engaging in field work also, due to the fact that it is also rugged, splash proof, and dust proof; thereby enabling it to be used by true professionals in a variety of formerly challenging shooting conditions. Add in 12fps burst shooting, which betters most professional DSLRs, and the GH4 could be a real contender for a pro wanting a lightweight and portable tool that still delivers the goods."

With the electronics giant at the forefront of technological innovation, naturally the camera has plentiful connectivity options, including wireless image transfer and the ability to hook up the device with a mobile phone or tablet thanks to Wi-Fi and NFC being built in. What is equally important for the professional is undoubtedly access to a wide range of lenses to keep creative choice as flexible as possible, and the recently introduced Leica DG Nocticron 42.5mm f/1.2 APSH Power OIS medium telephoto lens is one high-end optic true photographers will want to take advantage of, due to both the every bright aperture and the fact that when twinned with a Four Thirds sensor the compact and high quality lens provides the equivalent focal range equivalent of 85mm in 35mm terms. This has even more recently been joined by the f/1.7 high speed Leica Summilux 15mm, aimed at those wanting to capture fashionable defocused reportage style pictures, and offering a 35mm equivalent of 30mm.