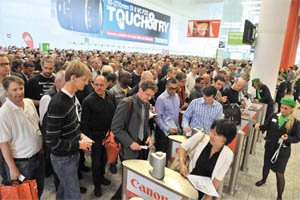 The biannual bun fight passed off without any major shocks. The hot

gossip was actually the buy-out of Nik filters by Google (so they can get their hands on Snapseed). This tied in rather well with the theme of photokina this time which was mobile imaging, along with CGI (computer generated imaging).

The entire international imaging sector was represented, numbering 1,158 suppliers from 41 countries. Sixty three percent of exhibitors were from outside Germany and, as ever, the Asian, industrial powerhouses were present in numbers. The organisers expected around 180,000 visitors from all over the world. In terms of hall space, four halls were unused (as has happened for some years) and the large Hall 6 was partitioned off with a couple of soccer pitch-sized areas left fallow. That still left 11 halls in use, at a conservative guess, around seven or eight of Focus! The photo exhibition spaces seemed larger than ever and there were at least 20 separate exhibitions (depending how you count them). These were something of a highlight, but it did need a determined effort to get around them and look properly. 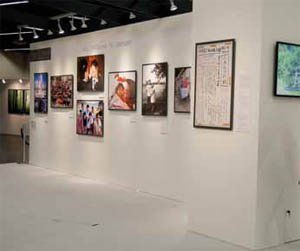 Without doubt the two Japanese tsunami themed exhibitions were the most arresting (one of the aftermath of the most recent catastrophe and the other from the 1896 tsunami). Because it was more immediate, the large-scale 'We Survive' set of pictures, from the aftermath of the 2011 event, was a deeply moving exhibition, made even more so by the large number of Japanese visitors who were also seeing it outside of Japan for the first time. Many tears were shed before the large images, each accompanied by detailed captioning. 'We survive!': life following the Tsunami was presented by The Japan Professional Photographers Society (JPS) and was sponsored by Tamron.

The exhibition was made up of three sections: The first section, 'The disaster', consisted of pictures taken by the people who were directly effected. These images had not been seen publicly before. They were terrifyingly vivid depictions of the unimaginable scope of the catastrophe. 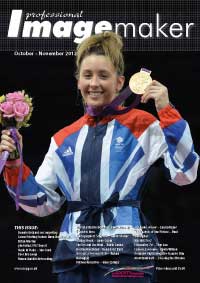