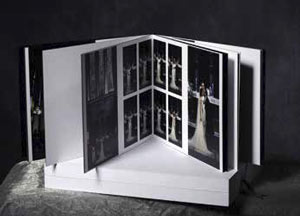 So in this day of digital domination, what are your clientsbuying? Is the shoot and burn style here to stay, or is therestill life in the album or printed products? Obviously likeany other market there are different priorities but let'slook at the case for the old-fashioned print.

Recently I had an urge to have a look through some old photographs.It was Christmas time and being the time for sentimentality, theconversation went on to family photographs, followed by the inevitable'let's get the old albums out'. Now I must admit much of what I saw,certainly of myself, was embarrassing, and many of the school photosmade me consider that if I did that to my children nowadays, socialservices would more than likely be involved. The hairstyles, if it is evenappropriate to use the word 'style' in this case, and which seemed to besimilar to those worn by Lego figures, were not good, the clothing evenworse, and yet everyone laughed and had a great time looking throughthem. In the same box were old black and white wedding photos fromwhen my grandparents tied the knot in the 1940s. Even more impressivewas a wedding photo of my great-grandfather's sister, which we workedout was over 100 years old, and yet still in very good condition, lit andset up better than much of what I see being produced and posted onsocial media these days. The prints were still in pristine condition, andsharp as a tack. There was such a huge and varied array of memories inthat one cardboard box, it got me thinking about the current generation.The memories seemed to stop around the early 2000s and the reasonis, I started using digital, and none of it had been printed. I immediatelyvowed to get some prints done of some of the older stuff, but from aprofessional point of view I think it was a wake-up call. 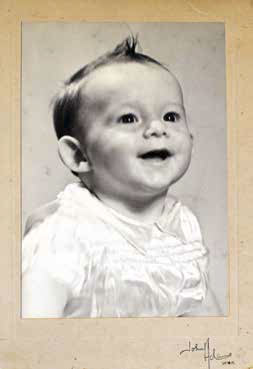 Scary pic of young Baikie! The one on the left is likely to be around for his grandchildren.

Clients want their wedding or portrait images digitally, but how often dothey get them printed, and again, how often do they get a lot of imagesprinted? And at a good quality? In the good old days, you shot a roll offilm, had it developed and rarely threw anything out if it was anything likehalf decent. Now we do a shoot and confine it to a folder on our PC. Someof us will back it up to a separate drive, and some will back it up to theCloud. What happens if we can't access that computer or drive in 20 years'time, which is very possible? What happens if for some reason we deleteour Cloud back-up? What do we have for memories? I got a new phone inAugust. It developed a fault recently and I had to send it away. I did a backupto some cyberspace location, restored it to factory settings, and thendid a restore from my back-up file. All my messages and photos magicallyreappeared on the phone. This was a test. I then restored the phone tofactory settings and sent it away. A week later a new shiny replacementhandset arrived. I was very pleased they had sent me a brand new phoneand went to reload everything. When I logged in, there was no back-upfile. I still have no idea why, or where it went, but I have lost every photo Itook between August and January. There wasn't much of importance onit, but there were some images from Christmas, some landscapes I hadshot when out on my bike, and a few other things that I am sad I have lost.How many people have suffered a similar fate, and how many more will inthe future. How many people have a CD or DVD stored somewhere, whichwill not play on their computer in 10 years' time? How many people willhave a hard-drive failure and lose everything? I'd suggest a great many.

The next factor is the experience we shared of leafing through that boxof images together. Do you think this will happen with a hard drivefull of folders from every event? I'd suggest not. It is a totally differentexperience, and one which is unlikely to provoke the emotions andmemories which so many previous generations have experienced. Youmay have a folder for every event in your computer, or just one folderwith absolutely everything in it. How will you share this with the family,the children, the grandchildren? Get them all round and sit around thelaptop or TV while you put a slideshow together? It just isn't the same isit? The experience of looking at the old prints and albums is what makes itspecial. Not just the image on the print, but the feel of it. The way you canpick it up and look for as long as you like, discuss it and share memories,not clicking a mouse and having a quick glance as they scroll throughendless boring images to find one gem.