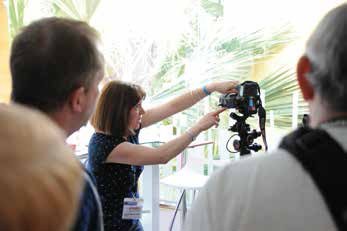 Watching television programmes, especially the soaps where they build elaborate sets such as whole streets or villages, reminded me of my earlier days in photography where the company I worked for produced enormous prints on Art Bromide paper, these were often eight to 12 feet in length and around 60 inches deep. Massive, deep tanks were used to develop them in and the enlarger ran on rails in a huge dark room. Initially strips of the paper were exposed and developed to ensure that when the main exposure was done it would be accurate. The bromides were dried on huge linen racks overnight and delivered the following day to Granada TV studios who papered walls of their sets using the bromides like wallpaper - what a difference the sets are now!

Another interesting production on the large camera enlarger were detailed drawings of military aircraft; all staff involved had to sign the official secrets' act and no one was allowed then to discuss the type of work we were involved in. This in fact helped me later when the National Service call came round, when all able-bodied 18 year olds had to leave their work and homes for two years' conscription. In my case I was deferred for three years due to the nature of the secretive work I was involved in. So when I had my interview for a suitable job in the RAF - the choices then were - typists, steeplejack, medic or RAF Police, I decided on Police, but when my background was investigated I was immediately posted to the RAF School of Photography, which then was in Wellesbourne Mountford; a delightful village near Shakespeare country, Stratford-upon-Avon. My next posting was to run the photographic department at the RAF Helicopter Training Unit at Tern Hill in Shropshire; I was basically my own boss and enjoyed privileges other airmen didn't, especially, as at this point, I was playing a high level of cricket and played for the station team, opening the batting and first change bowler! My guard duties diminished rapidly as I was called upon to play a lot of cricket. In many ways, I believe conscription was an excellent way of teaching young men discipline, respect and how to make decisions and to cope with situations on their own. Pity it ever finished, in my opinion, as I feel sure we would not have the degree of criminal activity we suffer today. 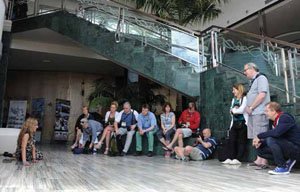 On my return to Civvy Street, many things had changed and all matters were seen in a totally different light; I continued my photographic career, now as a full-time experienced member of staff, I was provided with a mini-van; my own camera equipment and an apprentice. My mentor, the extraordinary character who had been with the company for ever, or so it seemed, was a gambling man and every lunchtime he phoned his bet through to the local bookies, settling his account at the end of the week when wages came round to the department. Needless to say he visited the bookies to hand over most, if not all, his wages to clear his losses for the week; he then approached all staff members to borrow a few quid to see him through to the next pay day. That certainly taught me that gambling does not pay, which was a good lesson at the University of Life. A most amusing situation transpired one lunchtime after my mentor had placed his bet; the telephone rang and it was one of the company's major clients, a Miss Buck from the Manchester Museum of Art and Costume. The telephone in those days hung on the side of the speaker column and the ear section hooked off the side to be placed in your ear, this was fine until my mentor panicked when he realised who was on the phone and he covered the ear-piece up with his hand and shouted to the photographer who always attended this client: "Robert it's that effing old bag Ma Buck on the effing phone for you!" When Robert spoke, there was only a dialling tone as she had hung up! Ten minutes later the MD came storming into the department and delivered the biggest rollicking of all time to my mentor, who was also promptly sacked and told never to set foot in the building again. Another lesson on how not to treat clients! Incidentally, the following day my mentor turned up for work at his normal, one hour late on starting time and said the MD was always sacking him and he didn't really mean it!

The moral is we never stop learning, no matter how experienced we are or how clever we think we are. Life is a great learning curve and so is photography, although I have been involved in the industry for over four decades - wow that really makes me feel old now - I have never stopped learning. Training is paramount in whatever profession we are engaged; photography is such a rapidly changing technological profession that we can easily fall behind and become hopelessly lost if we do not keep up, with all aspects of change. Fortunately, there are innumerable trainers in the market place offering their services - in fact sometimes I feel there are more trainers than good photographers; but we have always been a profession to attract career changers and keen amateurs who seek to earn a living from this wonderful but increasingly difficult profession to earn a good living from. This is why we have to be at the forefront and attend the best training around, seek out what is best for you, and when you are, take a look at Photo Training Overseas at www.pto-uk.com - we feel sure that you will like what you see! 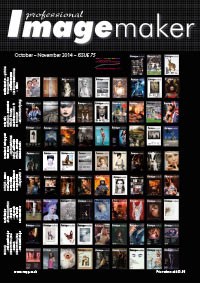