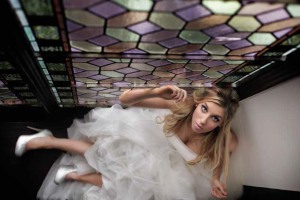 Firstly I'd like to wish all the readers a Happy New Year. I've been a bit quiet lately, which is a rare thing. I thought I'd get back to putting some features together this year, starting with this one.

New Year is a good time to review your business and the Convention is a great time to focus on new ideas, look at new equipment, and generally assess where you are. So, by the time you read this, I hope you've all had a great time and come away full of positive thoughts and plans. Personally I have a few projects happening just now, and training is quite high on my list this coming year. Watch out for details of forthcoming workshops.

This week I received an omega Reflector from FJ Westcott, to do some testing with. So I have based this month's feature on that. It was mid- January in Scotland, so available light is at a minimum, but I guess if you want to test something, testing it in the worst possible conditions is a good way to go.

I arranged to shoot a boudoir/bridal session with model Charlene, at Achnagairn House just along the road from me. Almost everything possible tried to stop this shoot happening, from actually getting the product when roads were closed, getting my model through massive snow drifts to get to Inverness, me getting from one end of the country to the other, but eventually it all came together and we put it through its paces. 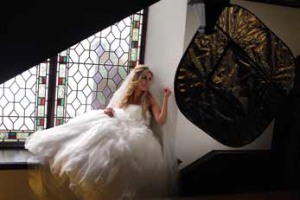 Normally I, like many others, use a 5-in-1 reflector, with silver, gold, white and black panels attached around a clear diffusion panel. The Omega has a twist on this, with detachable panel in the centre to allow you to shoot through it. My first thought when I saw this product was "Now why didn't I think of that!" It has 'sunlight' instead of gold, which is a nice warm effect without being too golden. The number of times on a shoot I have been tempted to cut a hole in my reflector to allow me to shoot in the right place and get the reflector where I need it, are hard to measure, but this clever piece of kit solves that problem. It is very lightweight, and very easy to use. The panels are very easy to remove and replace with velcro fastening, and this just opens up a load of options when shooting available light. I would suggest working with an assistant outdoors as it is always tricky using reflectors on location. I used a stand and reflector holder but it's so hard trying to get it exactly where you need it, like any reflector, that it would help to have another pair of hands. We used mainly window light for this test, but towards the end I mounted my video light on a tripod and fired it into the panel to give a nice warm spread of light around the model.

I have attached some images shot using the Omega