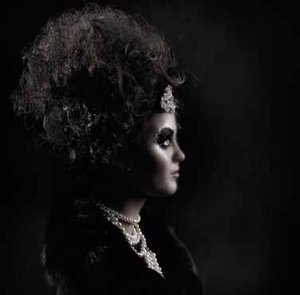 Welcome to my first article of the year. I have had a busy start to 2013, starting with the fabulous Convention in London. It was a fun few days at the new venue. I think it will prove to be a learning curve and next year will be much better once people get to know the hotel better. My classes were well attended and a lot of fun. Lots of off-camera flash work with enthusiastic learners. I have attached a couple of the images taken on my superclass "Shoot To

Anyone who is following me on facebook will know that I have been chosen for a huge charity event based on Strictly Come Dancing.

Strictly Inverness is a massive annual fundraiser for the Highland Hospice which is the only hospice serving adults with life-limiting illnesses in the Highlands of Scotland and is widely acknowledged as the centre of specialist palliative care in the region. It is a great charity, and I have undertaken a training regime of three dance lessons a week between mid-January and mid-May, with the big event taking place on 10 May in Inverness. If anyone would like to donate a few quid to this worthwhile cause, with the added bonus of getting to see me in sparkly clothes and cuban heels, please go to http://www.justgiving.com/John-Baikie and pledge a small donation. 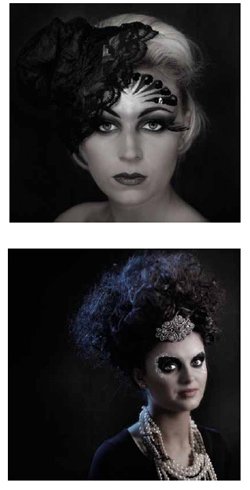 Okay, so on to the featured shoot for this month, which was a creative shoot for a project a local make-up artist, Anna Sutherland was working on. She needed a set of images for her project which showed some dark and theatrical looks.

Anna: "The inspiration for my shoot was gothic. I wanted to create something quite dark, almost spooky, and John was the ideal photographer for creating that look. I used dark colours with sequins around the eye sockets for the first look, and for the second look we went for a more Moulin Rouge theme with a gothic twist, using sequins and black and silver on the forehead area. It was a fantastic shoot, and I love how the photography brought it all to life".