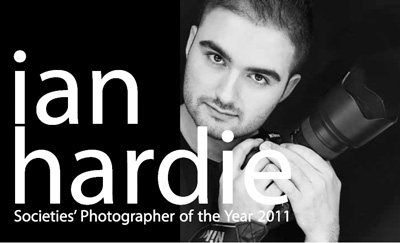 Ian Hardi Photographer of the Year 2011

Ian Hardie was born in Scotland, works in Dubai and found himself in London this January picking up the Societies' Overall Photographer of the Year Award. We caught up to discover how he made it to the top

The evening of the Societies' Awards Night is an occasion that Ian Hardie is never likely to forget. It was the night when he got the call to come up on stage and to collect the award for Overall Photographer of the Year, chosen by his peers for a fantastically brooding black and white portrait that positively demanded the attention of everyone who encountered it.

Ian was at the Societies' Convention on a fleeting trip back to the UK from Dubai, where he now works after landing a job to set up and then run a commercial studio there. Originally from Scotland, the chance to experience a new culture and to be based in one of the most exciting cities in the world has been life changing, and Ian still has to pinch himself to believe his dream move has really happened.

"I was born in Falkirk but lived in Kincardine in the very west of Fife," he says. "On leaving school I fell into photography almost by accident: I signed up for a course at Stevenson College in Edinburgh to study Film and TV and hadn't even realised that photography was part of the curriculum. However,, I loved it from the word go and it wasn't long before I was using any excuse possible to get out and shoot with my Olympus OM-10. I realised very quickly that I wanted to take photography further and I decided that I needed to go somewhere that offered a dedicated photographic course. In the end I moved to Blackburn College and I spent two years being taught there." 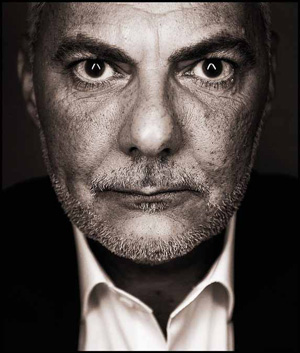 After leaving college Ian discovered the tough fact of life that so many other photographic students will know all about: it's incredibly challenging to make a living and to find work that will keep you in the profession. Ultimately, however, he managed to land a job with Pixifoto, who are based within Mothercare stores and other outlets up and down the UK and overseas.

"I spent two years there doing everything from promoting, telemarketing, shooting, editing and selling," says Ian. "I made some great friends there, but in particular I was mentored by my manager Kylie Graham, who taught me how to be absolutely MENTAL with kids to get the best shots! Great advice, and it's stuck with me ever since."