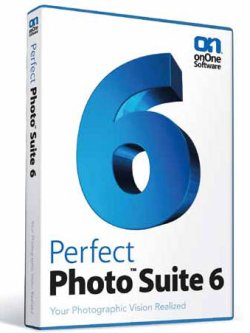 Having provided time- and money-saving plug-ins for photographers using Adobe Photoshop since 2005, onOne Software is looking to play the image editor exemplar at its own game. While continuing to release individual plug-ins, onOne has recently launched a standalone product in Perfect Photo Suite. This, in a nutshell, collects together an assortment of plug-ins to provide a single complete package. Although the individual components can still be used in conjunction with Photoshop, the unique selling point is that you no longer need to have Photoshop to use them. The pitch is a straightforward 'do everything you want to a photograph, without having to use Photoshop.'

The reasoning behind the product's development is simple. Bob Campbell, UK-based General Manager of onOne Software for international territories - the parent company is based in Portland, Oregon - believes "most photographers don't use anything like everything Photoshop can do. In fact I reckon most of them use around 10-20%." The result is that onOne's alternative can be viewed as a pareddown 'best of' with all the most commonly used tools at your immediate disposal.

Why should you listen to Bob? Well, Bob's own background is in design, though he has over 25 years of experience in the software industry.

Before joining a nascent onOne, he worked with its founder and owner Craig Keudell at software company Extensis for eight years.

"When Craig moved from Extensis it made sense to move with him," Bob recalls. "onOne is now family run and financed - as well as dealing purely with photography - which is great.

It's been a six year learning curve for me, understanding the photo trade, the business and the dealers, the customers and the Societies."

In fact Bob and his team regularly attend the Societies Convention in January, as well as Focus on Imaging. He explains that the concept behind onOne has always been to simplify the digital workflow.

"Extensis had plug-ins for Adobe Photoshop years ago and it was those plug-ins that Craig bought from Extensis when he set up onOne software. So he had a head start in that he understood the plug-in business, though initially they were all for desktop publishing rather than photographers because digital photography then wasn't what it is now. But Craig spotted that there was a market that would require good plug-ins for photographers to simplify Photoshop - and he was right.

"Every photographer we know, when we ask how they find using Photoshop - whether Elements or CS5 or CS6 - the reply we get is that they find it incredibly difficult and get very frustrated trying to understand one of the most complicated bits of software in the business and use it for their business. So the idea of simplifying Photoshop as much as possible via plug-ins was the premise on which onOne was set up. And very quickly we added new solutions to make digital photography workflow easier, faster and better."

Though it sounds like a premise that couldn't fail, Bob notes that by developing plug-ins they're also giving the creators of the host application ideas that might be implemented in subsequent versions.

"So we've got to plan and think of new ideas constantly," he adds. "While Photoshop is still complicated there's life in the plug-ins, but it makes a lot of sense to branch out into standalone solutions, that you don't actually need to have Photoshop to run. 'No Photoshop, no problem' is the position that we're taking now. For a minimal outlay - in fact a free download - you can now get Perfect Layers, which is the core of the Suite.

It's the glue that holds together all of these plug-ins and it's also the thing that allows you to get layers inside of Lightroom and Aperture, which is probably even more important."

"Of course Photoshop is the de facto standard for image manipulation and so every photographer thinks they need to have it," notes onOne's General Manager Bob Campbell, not unreasonably.

"Then Apple came out with Aperture which was trying to streamline workflow straight from the camera's RAW image, and Adobe responded with Lightroom, which has become the de facto standard for Mac and PC users. We've found if you ask a photographer who has Photoshop and Lightroom whether they still use Photoshop as much they'll say no, because they're using Lightroom more and more. So we've latched on to the idea that Lightroom is probably going to become the hub around which photographers will be working in the future."

Bob adds that its current family of plug-ins work through CS4, 5 and 6, Photoshop Elements 9 and 10. "Because we both want to catch them young and there are also a lot of mature photographers who are happy to use Elements because they just can't get into Photoshop," Bob believes. "We support Lightroom completely too, along with Aperture, plus we're standalone as well. In fact, what we're trying to do is liberalise workflows so people don't have to stick with one product - it's a kind of pick and mix - and that seems to be resonating with a lot of photographers.

"If you're a portrait photographer and all you want is software specific to portraits then our Perfect Portraits is ideal for you, because that will work standalone on your machine or with a copy of Photoshop, Elements, Aperture or Lightroom.

"If you're a landscape photographer and you want some effects in a standalone device, then alternatively Perfect Effects is great. Using it alongside Perfect Layers would be the ideal, but if that's what people want to do we don't stop them.

"We've used the idea of a Suite for combining and therefore discounting the price of products in the past - but until now it's never offered a coordinated workflow. This configuration of products is new and is in its own right a complete suite of programs that either work on their own or within Photoshop."

Bob notes that onOne doesn't want to put out the message that it is no longer supporting Photoshop, or that it is focusing more on Lightroom than Aperture because that wouldn't be true. "But what might be true to say is we-re not doing a lot with PaintShop Pro because we regard it more as amateur territory.