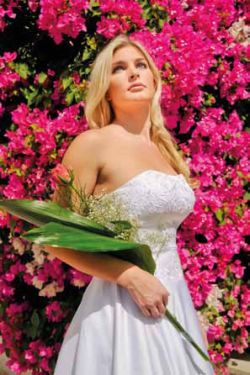 We are blessed within the Societies with a wealth of talent to draw upon when training and I was incredibly grateful to be asked to join the recent tour of Cyprus and Malta. Even more so when I realised I would be sharing the week with my good friend, and top model, Vivienne Edge.

So it was that on a dark and grey Sunday afternoon I collected Vivienne from her home in Leeds and together we drove south. The M1 was it's usual charming self, the M25 even more so and it was late evening when we arrived at the Novotel close to Heathrow. Just time for a beer and then to bed as it was an early start the next morning.

Alarm went off at 6am which is never pleasant. Down to the car park to do final packing. Thanks to Beverley Bennett and all the team at Colorworld Imaging I had a stack of books and leaflets to take with me, but these needed to be added to the already overflowing suitcase, camera bag and laptop case!

In addition to normal camera gear I was also in possession of a set of Radio Poppers. These triggers are what 'off-camera specialists' have been crying out for, especially those of us who are Nikon shooters. They work outside line of sight, meaning you can place a flash gun anywhere. They work on TTL and so you can vary their power through a little +/- on the compensation. Better still, using a pop up flash and the in-built CLS system, these units are totally controllable directly from the camera menu. 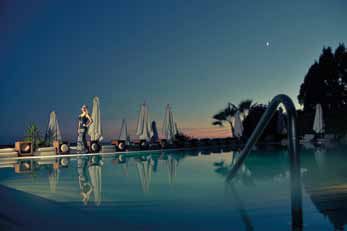 I staggered into Heathrow with my bags at least 10 kilos over weight and all of us feeling a little raw due to the hour of the day. We were joined there by Paul Taylor, who would accompany us, make sure we were in the right place at the right time and had done the majority of the arranging to get us all on the road in the first place. Bags checked in we subjected ourselves to the x-ray and rummage squad who let Paul and I through but gave Viv a thorough pat down, odd that!

Last meal on English soil for seven days and given the time of day it had to be the full-fat boys' breakfast. It never fails to amaze me how models who have the slender physique of a Twiglet can put away a meal that's half their own body weight and yet I only have to look at a bacon sandwich, I guess that's why I'm better sticking, in all ways, to behind the camera rather than in front.

A few hours later and we'd been whisked through the clouds to the island of Cyprus. First impressions were somewhat marred by the fact that they'd lost a part of Paul's luggage. We were getting ready for a massive rant at staff until we realised it had been brought out and dumped on a table in the corner of the Arrivals, so much for security!

It was late afternoon as we drove up to our hotel in Limassol. It was a fantastically modern boutique-style hotel but the main attraction was the light outside. The sun was dipping towards the horizon and I wanted to get out and take some sunset pictures. It's testament to a great model that after a full day of travelling they are prepared to go out and pose, without make-up or changing outfit. Viv was exactly that model and we got a number of images, slightly underexposing the sky and putting a dab of flash onto her in TTL mode. I didn't have a flash stand though and so it was a pleasure to see Paul walking out over the beach to join us. Nothing like a willing volunteer when you need a flash held in the right place and pointing in the right direction. (Image [1], opening spread)

The sun finally dropped below the horizon so it was back to the hotel. The moon was reflecting in the swimming pool and so with one SB800 and a low camera angle I took these images, blending the underwater lights with the remaining sunlight. It was so refreshing not to have to worry about the line of sight between camera and flash. The Radio Poppers were working a treat and triggered from wherever I positioned the flash unit. (Image [2])