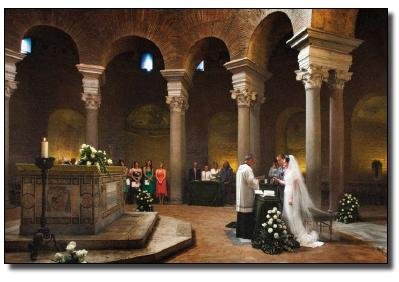 Although the initial judging of the 16x20 competition was a public affair, the final deliberations were held behind closed doors so as to maintain the tension at the gala prize giving. Some of the judges had already withdrawn from the process because they were either involved or knew the creators of the final selection and so it was left to a smaller band to reach the final verdict on the single, overall winner. I attended, but did not take part in either the discussions or the decision-making because I had set up the winners for photographing them for Professional Imagemaker and had written down all the details from the back - no judge is ever allowed to see the back of a print. In truth I was not familiar with the finalists' names but rules are rules, and rightly so - we were giving out quite a high value of prizes from our generous sponsors, Apple and Wacom. This actually gave me a useful insight into the final judging discussions, as I could concentrate fully on the comments and arguments without having to contribute! It would be wrong to say that Amy's picture walked into first place; there were plenty of other excellent images, each with its own devotees, who were prepared to argue their corner. Eventually, though, the dissenters were turned by the arguments and a near unanimous verdict was obtained without any blood being spilled. I was secretly pleased because I had by this stage chosen Amy's image as my own favourite. Chiesa di Santa Costanza

So why did the judges like the image so much? The print was presented on Ilford Galerie Pearl and fooled most people into thinking it was on a true matt paper (we never touch a print!). Comments were made about the depth of the colours and their richness. The scene itself was much appreciated and, like Amy, the judges deliberated on the highlights presented by the open, skylight windows. The conclusion was that they were an integral part of the structure and should have been left just as they were presented. In view of the information provided by Amy for this interview, it seems that the judges were spot on - this is quite an historic building and the roof windows are of some importance! Personally I was taken with the almost 'Grand Opera' nature of the scene with the wedding, witnesses standing gazing from the wings like a chorus - again this became evident during the interview, the wedding was attended by a small number of guests and the church itself is quite tiny.

Amy and her husband Andy have been shooting weddings for three years now. Formerly both Air Traffic Controllers, they gave up their promising careers to set up their wedding photography business - iMAG1NE. The have specialised particularly in 'destination weddings' and took the brave step to move to Umbria in Italy last year, taking on the task of rebuilding a ruin at the same time as building the business. The business rocketed from day one and they now fill their calendar completely through recommendations and the strength of their own website. They are generous in their acknowledgement of the help and advice from many very talented photographers, and have taken David Beckstead's advice to heart, in shooting weddings across Europe from their Italian base. Presently about 50 per cent of their weddings are in the UK with the remainder concentrated in Italy. They regard themselves as fortunate to be working in the most beautiful of wedding venues throughout Europe and with clients who are looking for something a little bit special to remember their wedding by - a mixture of discrete photojournalism, family portraiture and fashionable photography. They have had to market themselves accordingly and they rarely are able to meet with clients before the actual wedding day. They are particularly taken with Italian churches, venues, food, flowers - in fact they feel that so many of the components that make up a wedding are simply stunning. They also love the reliable, wonderfully warm, evening sunlight which lasts for hours before it finally goes dark in their part of the world.

The Winning Image - the detail

The image was taken on 13 September in Chiesa di Santa Costanza, a church in central Rome. (A good 'english' web page for information about the church is http://www.sacreddestinations.com/italy/rome-santa-costanza.htm, see above, right.) The church truly is one of the most beautiful churches that either Amy or Andy had ever stepped foot in. It was perfectly round and skylights approximately 30 feet above around the roof provided strong directional beams of light onto the altar in particular. The 25 guests or so, stood in a semi-circle and therefore all had a front-row seat for the ceremony - conducted by an English priest (family friend). The ceremony was extremely emotional and many guests became really quite tearful. They would like to think that the winning image captured the emotion felt by not only the bride and groom but by each onlooker. 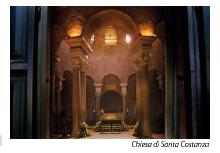 Ilford Gallery Smooth Pearl - semi gloss; presented in an antique white mat and made with an Epson Stylus Photo R2400.

They 'work' (in Photoshop) every single image that they present to their couples. They have developed some custom actions that they run on much of their work to maintain consistency, something they consider particularly important with album design and presentation. The actions saturate very slightly and then allow Amy to selectively dodge and burn. In Amy's winning image, the columns were slightly converging on the original therefore they were corrected. Nothing was removed from the image by the use of cloning. The chosen crop excluded a mains plug socket and microphone lead originally visible in the foreground, although to the detriment possibly of the flowers there! Like the judges, Amy and Andy talked long and hard about the skylights - they were distracting, but for Amy, an extremely important part of this ancient church. She feels it would have been like cloning out the Oculus of the Pantheon (they have a wedding there in a couple of months!). She would also have had to 'invent' some fresco to do so unless she completely 'killed' the shadow detail up there. Some of the detailing in the building dates back to the fourth century.

They rarely switch the lenses on their bodies in order to keep them dust wedding category & overall winner 16x20 competition 2008 free, indeed they can go for months without taking them off a camera as they're stored and travel with them as they are, on camera. Normally Amy would never switch a lens during a ceremony but in the run-up to her winning shot, she just knew that she needed to get wider. Halfway through the ceremony she quickly switched the wide lens onto the 5D, took the shot and then changed it back. She's now very glad she did, the risk was worth it!

Amy's image is no stranger to success as it was also awarded a first in the 2007 WPPI 10x8 wedding photojournalism category.