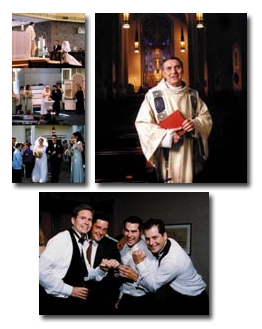 With the rapid change of face in wedding photography, we who earn our livings from it should be eternally grateful that the film manufacturers have at least kept pace, if not shot yards ahead, in our demands for ever improved film technology.

Back in the sixties when I first started to shoot weddings, the more daring of us would use 400ASA black and white, as a matter of course for all our winter weddings; while some of the purists, who were clinging desperately to 25, 50 and 100 ASA films, uttering that hypersensitive emulsions were far too grainy for wedding photography.

Hey, no one ever had a 20" x 16" wedding album and even though we frequently made 24" x 20" enlargements for our window displays from Ilford HP3 and Kodak TriX. No one ever got so close to the window that the grain became objectionable. Oh yes the camera buffs would meander into the studio every now and again, press their faces right up against the emulsion of the prints and make half witted comments about the grain being as big as tanners (two and a half pence coins).

The gist of all this is, that in those days you either got the picture or you didn't, grain was not a compromise or an option. Four O'clock on a winter Saturday afternoon in the north west of England, it was dark, 50ASA film was as much use as the ashtray on a motorcycle.

Changing over to all colour in 1968 was a retrograde step as far as exposures were concerned, suddenly we had to deal with 80 ASA come hail, rain snow or blow. Unless you intended to process the film yourself you couldn't even push the film. The Kodak rep. would have wept if you had, there was no way to push process it in C22 without crossed curves.

When VPS came onto the market, at 125 ASA, the profession went crazy, suddenly Kodak managed to recover a large market share that had been previously lost to Agfa and their remarkable CN70 of nineteen seventies vintage. But that wasn't so great, I remember the bridesmaids big fashion colour at that time was apple green, which VPS effectively rendered neutral grey.

Who said the good old days? just look at the latitude we have today with the miracle films available to us. At 800 ISO (the same as ASA only modern terminology) Fuji NHG has an incredible tonal range and for a film of such high sensitivity it is unbelievably fine grain. I have a 40" x 30" canvas portrait, shot on the Hasselblad with 50mm lens, of an RC Priest in his church. You could quite safely shoot an entire wedding on NHG and no one would be any the wiser. 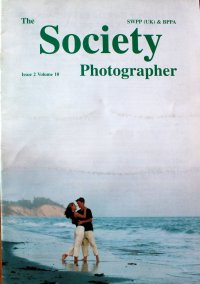