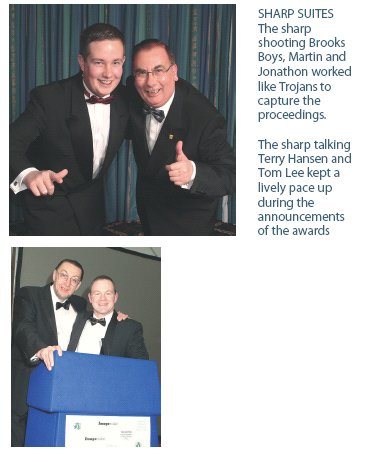 The decision to make it a "posh frocks and tux" event was a masterstroke, it certainly added enormous razzle dazzle to the whole affair. Once the efficient staff had fed and oiled the assembled masses, it was left to Tom Lee and Terry Hansen to wind the tension up with a display of the entry followed by the announcement of each category winner. Things certainly built to a climax and the presentation of a representative for each category sponsor provided ample opportunity for intercompany teasing!

A special thank you should be directed to the staff of the Suites Hotel who remained cheerful, helpful and efficient as the entire place was taken over by the SWPP/BPPA, its guests, families and quite staggering amounts of equipment. A number of widely travelled members of the trade will have found a new place to relax as they move about the country, the rooms were a delight to stay in. 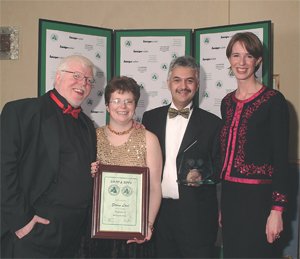 The event was substantially and generously supported by members of the trade, with countless donations of materials and equipment for prizes. Their presence and expertise at the trade show also contributed greatly to the success of the weekend. We are indebted to them and hope that they will support us next year, for the event has already been booked!